While cataloging the Nickell Collection of 18th-century English Literature, a presentation copy from Alexander Pope to William Oliver has been discovered.  Alexander Pope (1688-1744) is best known for his poems, which include The Rape of the Lock (1712) and An Essay on Man (1733-4).  But Pope was also a prolific letter writer due to a feeling of alienation that stemmed from his affliction with a form of tuberculosis which attacked his bones and left him severely hunchbacked and in chronic pain throughout his life.  This presentation copy inscribed to his friend William Oliver, a two-volume collection of Pope’s letters, further emphasizes the privileged place of letters in Pope’s literary output.

William Oliver (1695-1764) met Alexander Pope and Bishop William Warburton through Ralph Allen, a mutual friend.  The friendship between Oliver and Pope is evidenced through the fact that Pope later designed a memorial for Oliver’s parents and supplied the verse for it.  William Oliver was a prominent Bath physician and inventor of the Bath Oliver, a biscuit which is still being made and consumed in Great Britain today.

The two volumes of Pope’s letters are a large paper issue bound in full calf.  Volume I [Q. Nickell B. P825p11737d] bears the inscription: “The Gift of the Author as a Mark of the Friendship with which he is pleased to honour W: Oliver 1739”. Volume II [Q. Nickell B. P825p1w1741] bears the inscription: “Ex dono amicipium Auctoris Gulielmo Oliveri” and has Oliver’s bookplate, done by J. Skinner, a known Bath engraver of bookplates. 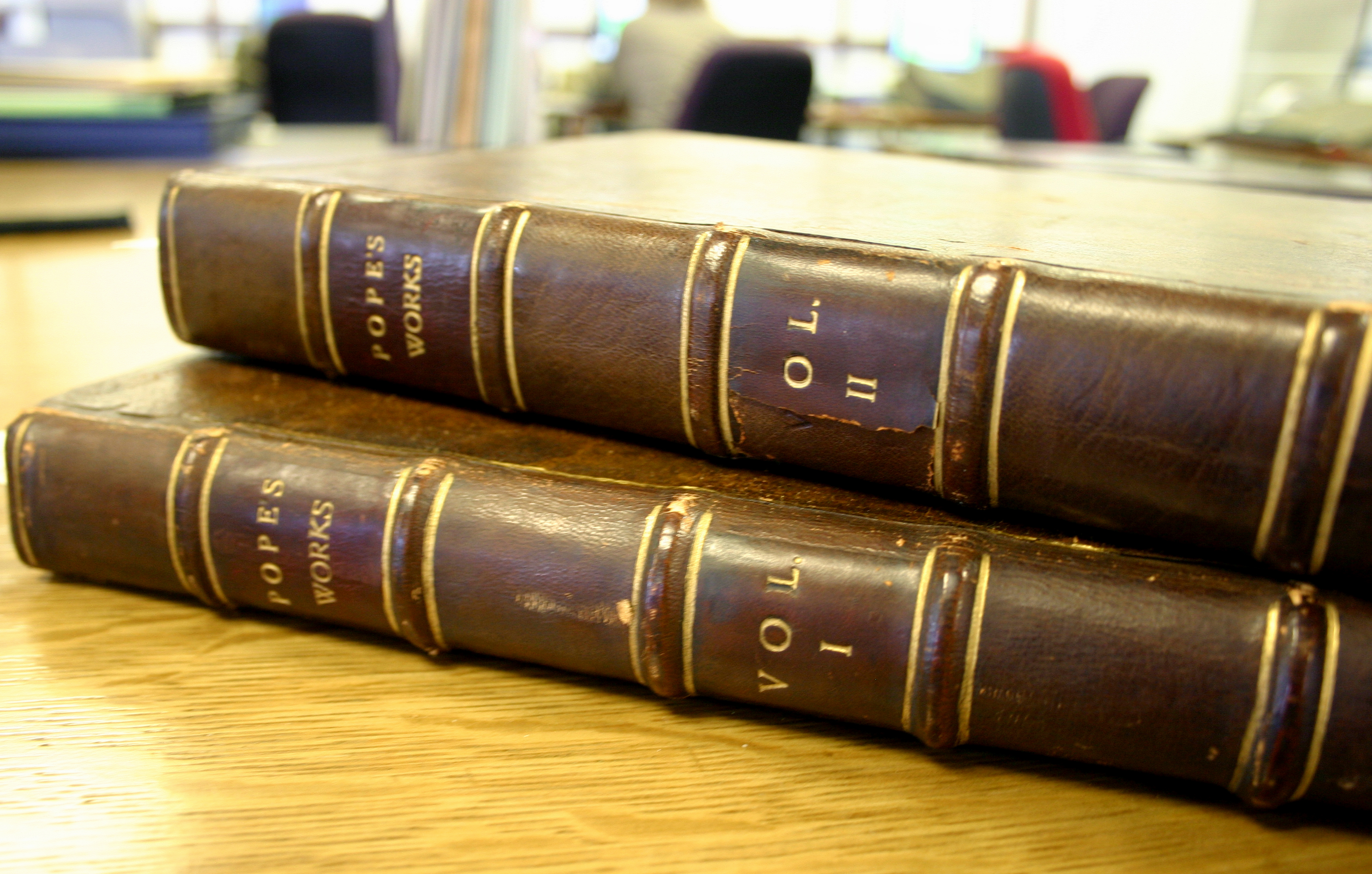 The Rare Book and Manuscript Library has a significant collection of Alexander Pope material acquired through the purchases of the collections of Lloyd F. Nickell, an alumnus of the University of Illinois, and George Sherburn, Harvard professor and noted Alexander Pope scholar. AD