Return to top
Loading Library Hours...
UPDATE: In Spring 2019 this item was transferred to the Rare Book and Manuscript Library and digitized. It is now available through HathiTrust.

This large liturgical book is a manuscript “Gradual”, one of a number of books that contain chants for the Roman Catholic liturgy. According to Sotheby’s auction house, the manuscript was written for church use in Spain, probably sometime during the 17 th century.

It was donated to our library by Mrs. Martha Beerman of Sarasota, Florida, and arrived here on January 27, 2009. Mrs. Beerman graduated from the University of Illinois in about 1932 or so.  Her maiden name was Martha Shenk.  She and her husband, Hans Beerman, bought the book in Spain.

The manuscript is written on vellum, probably calfskin (though other animal skins, such as sheep or goat were also sometimes used). On some pages you can see marks on the vellum where the animal’s hairs would originally have been. It has red and green illuminated capitals (those are the decorative upper-case letters at the beginning of each chant). 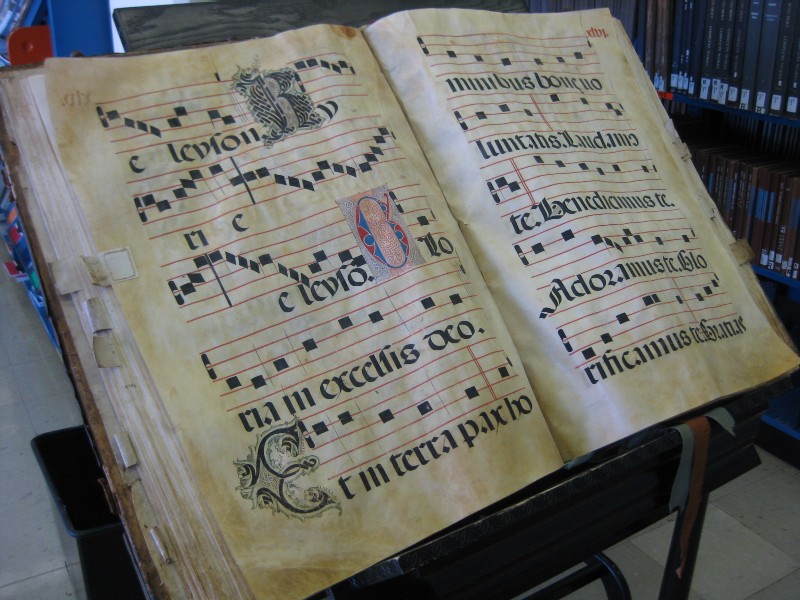 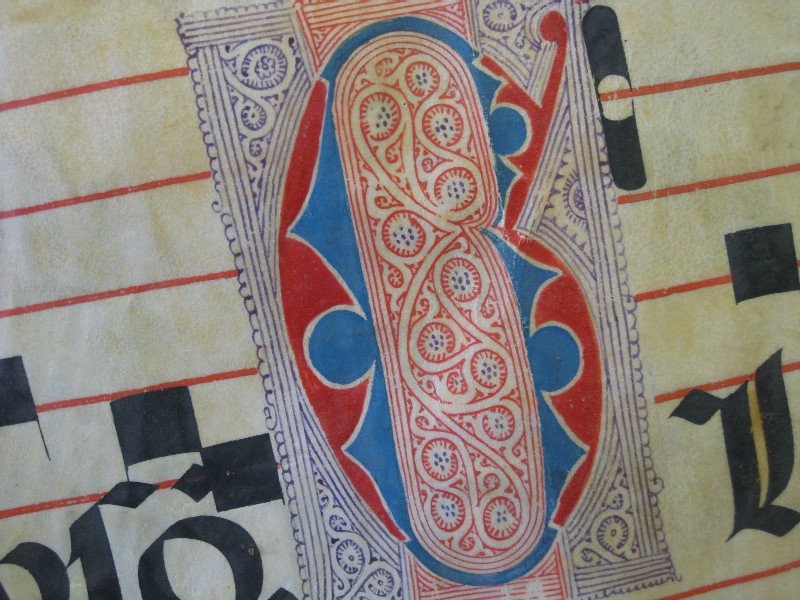 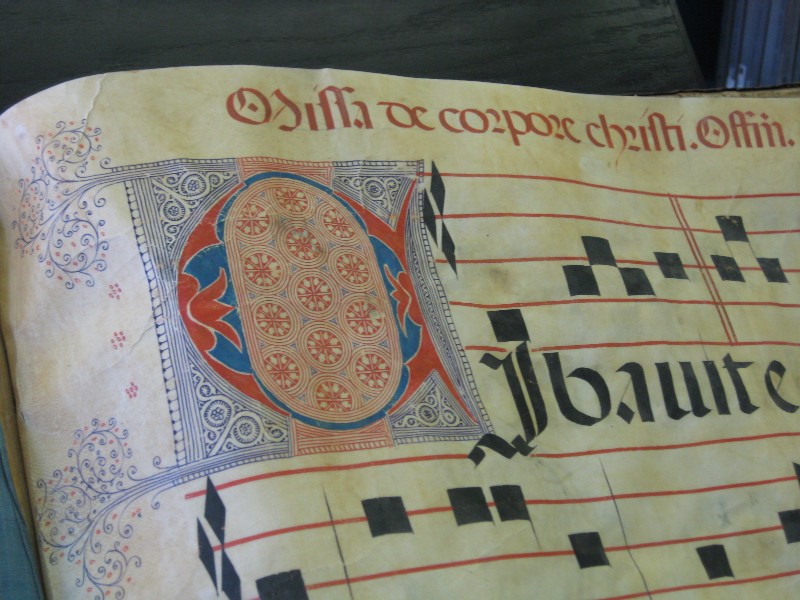 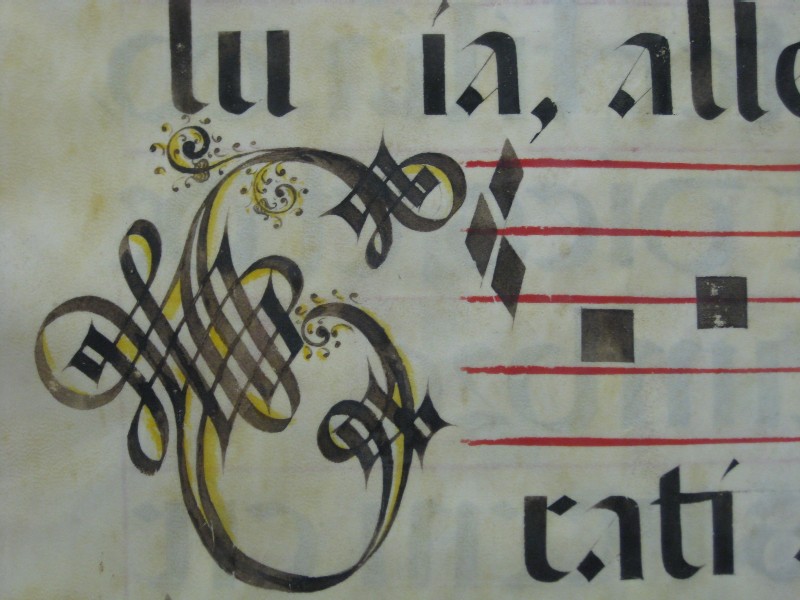 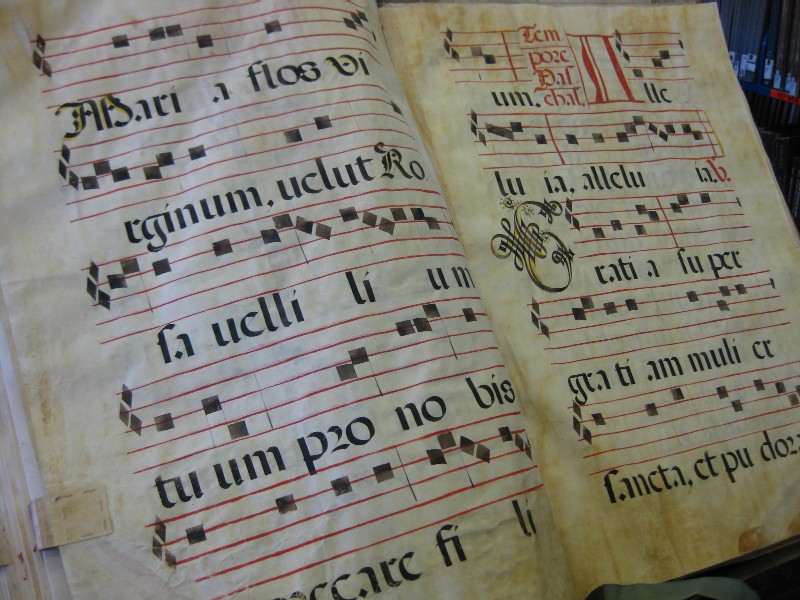 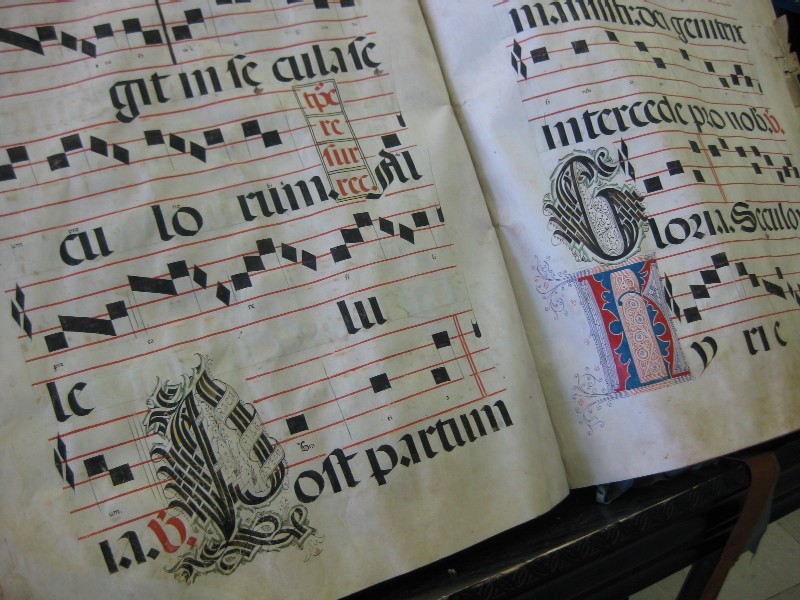 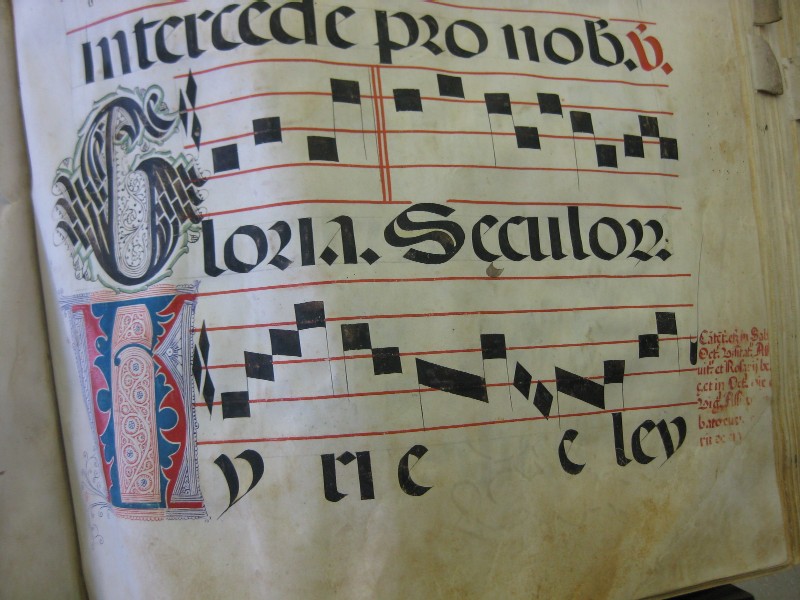 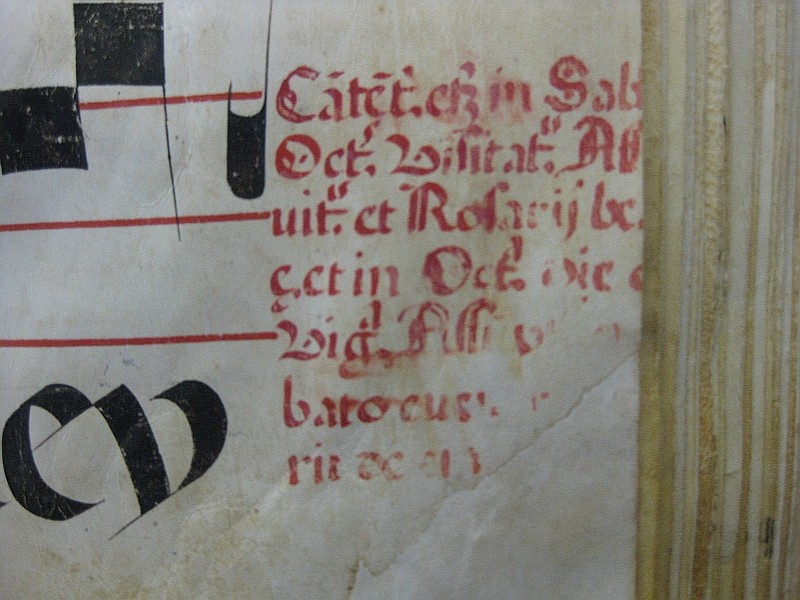 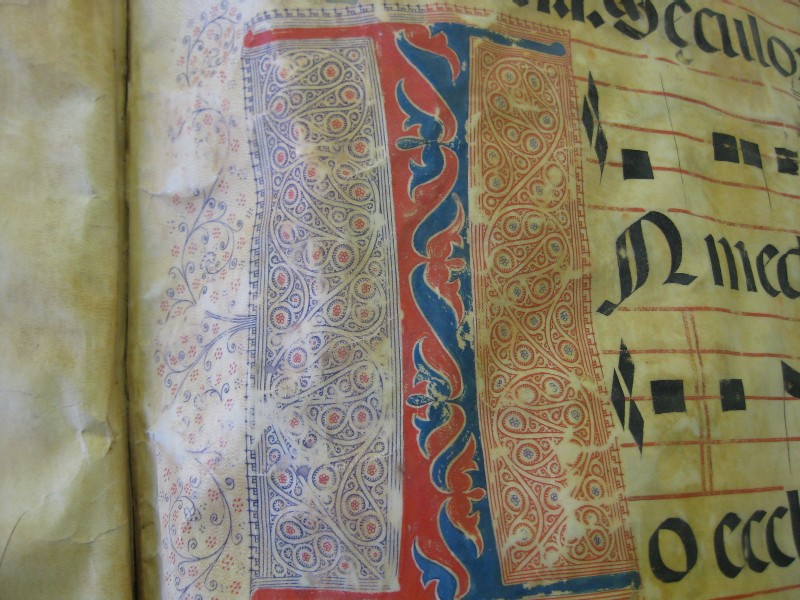 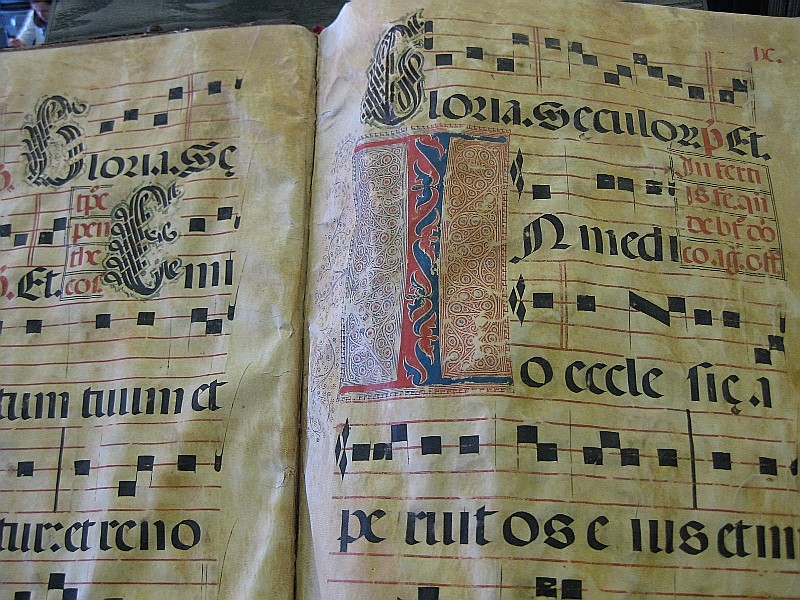 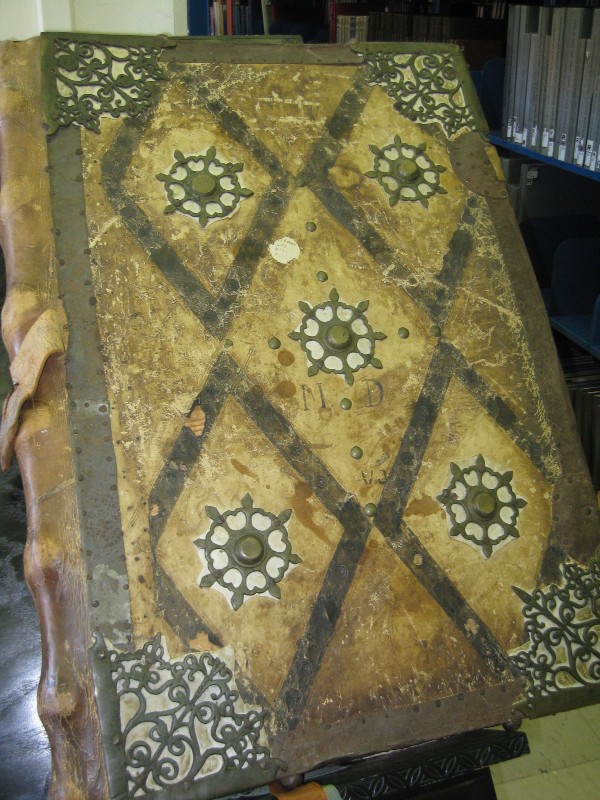