In October 2014, the Tuesday Morning Musical Club celebrated 100 years of active membership.  In 1914, five accomplished and talented women musicians, who all sought an outlet for their musical talents, decided to form a club for performing women musicians.  Unlike any other club in town, it would be open only to women musicians of the highest caliber, as determined by recommendation and audition. Within six months, the group totaled 30 total members. Their motto:

“To advance the interests and promote the culture of musical arts in this community. To foster the mutual improvement of its members.” 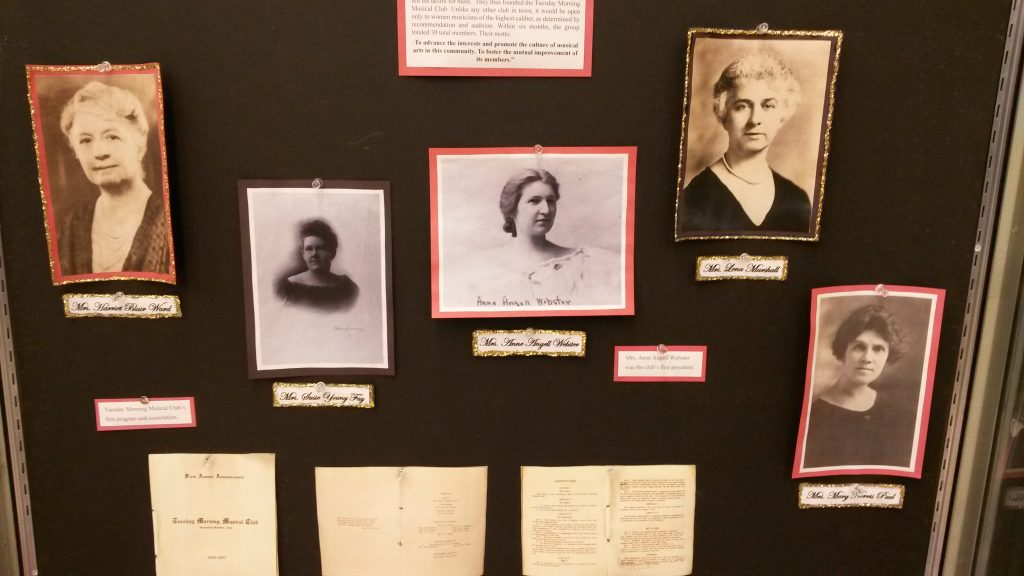 Many Recitals and Programs

Each year since their founding 100 years ago, the Tuesday Morning Musical Club has hosted approximately 10-12 meeting-recitals in members’ homes or a space in the community.  For the first 50 years,  programs were themed, usually by type, time period, or nationality of music. Now, members are free to program any work they wish without regard to an overall theme. Some themed recitals from the past include: 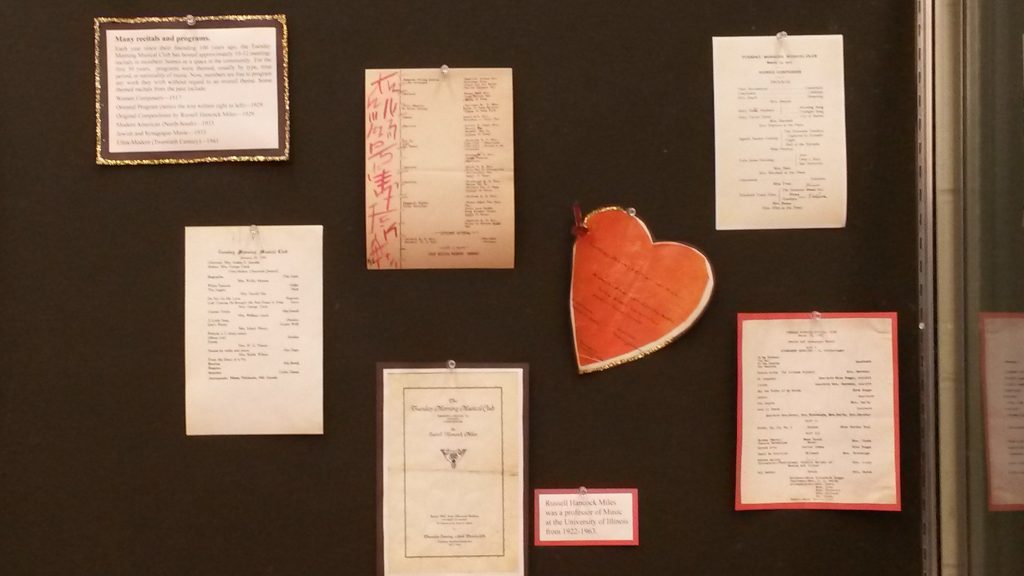 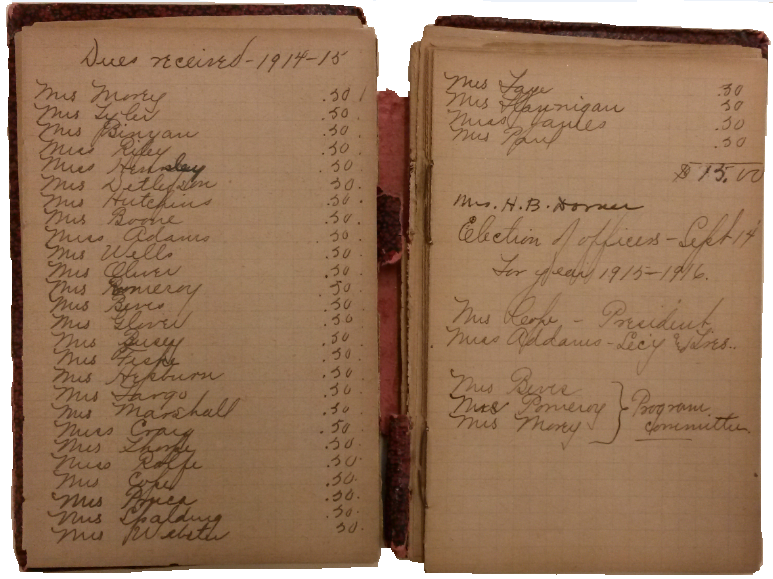 Staying true to their motto—to promote the culture of musical art in this community—the Tuesday Morning Musical Club began donating a book to the Music Library at the University of Illinois. This initiative was meant to honor the 5 founders. The club gifted a book to the library each year for 33 years, from 1945-1977, at which time the club decided to present scholarships to the Champaign County Youth Symphony instead.

Ladies in Their Tuesday Best

From 1914 until the 1960’s, members were required to dress up for meetings and wear formal gowns for the Christmas and spring guest programs.  This traditions didn’t fully relax until the late 1970’s when members felt free to wear pants to the Tuesday morning meetings, and short formal dress replaced formal gowns. 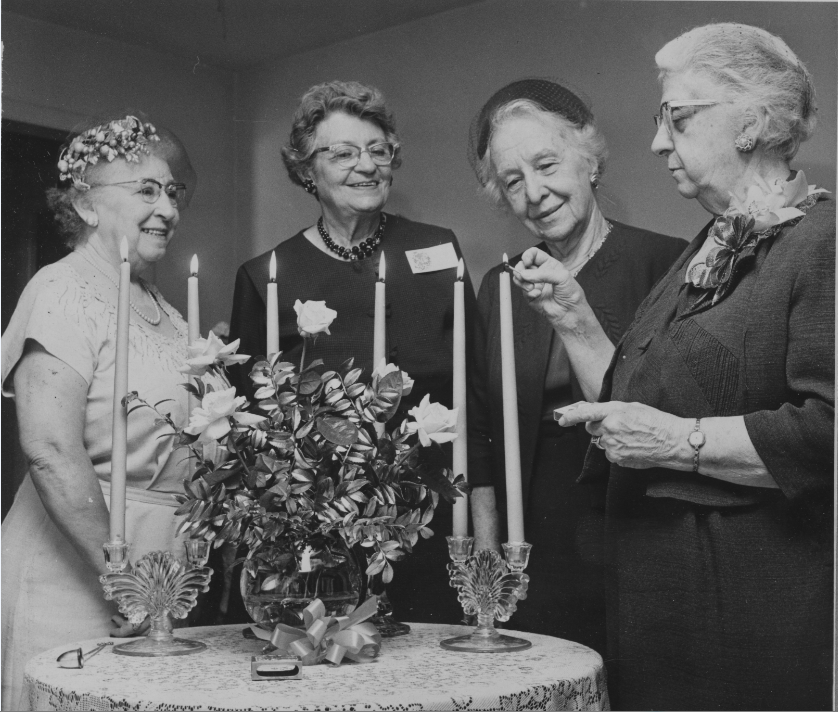 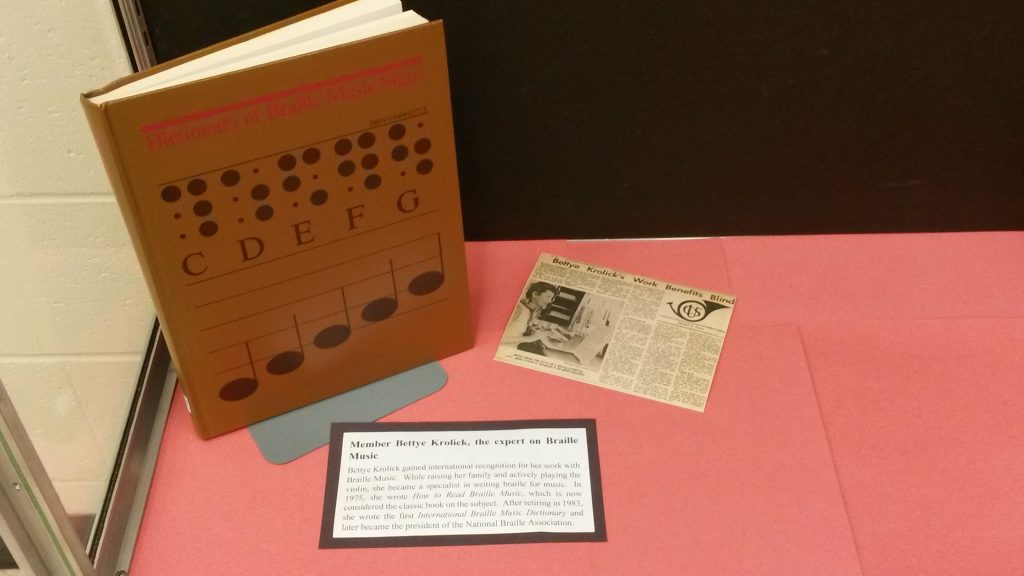 One member, Bettye Krolick gained international recognition for her work with Braille Music.  While raising her family and actively playing the violin, she became a specialist in writing braille for music.  In 1975, she wrote How to Read Braille Music, which is now considered the classic book on the subject.  After retiring in 1983, she wrote the first International Braille Music Dictionary and later became the president of the National Braille Association.

Members today are extremely active in the local music scene and have achieved many music accomplishments.  Some members have served as music faculty at the University.  This list describes just some of the musical affiliations of current members. 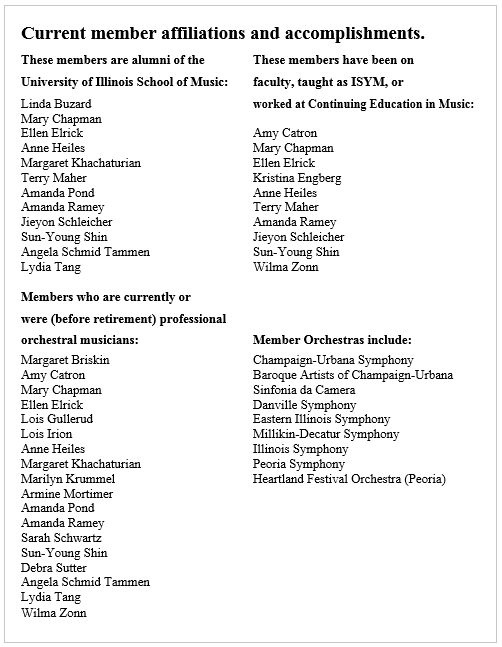