Instruction in the history and social contexts of music has long been an important part of teaching in the School of Music at the University of Illinois, making it hard to pinpoint a moment of foundation for the Musicology Division. However, the years 1953-54 represent a critical moment in that process, since this was when three eminent scholars, John M. Ward, Claude Palisca, and Dragan Plamenac, joined the faculty and sowed the seeds for what has become one of the USA’s leading musicology programs, with strengths and resources in many areas, including ethnomusicology.

During the last sixty years, many internationally-known musicologists have taught at the University of Illinois, both as faculty and visitors. Many graduate students have taken degrees here (the first PhD in 1957) and have gone on to illustrious careers and faculty positions in significant colleges and universities.

In 2011 the Graduate College of the University of Illinois acknowledged the quality of the Musicology PhD program with a “Sustaining Excellence in Doctoral Programs Award.” This recognition helped shape the fall symposium, “Sixty Years of Excellence in Musicology at Illinois” (25 October 2013), which was timed to coincide with the 2013 Bruno and Wanda Nettl Distinguished Lecture in Ethnomusicology. 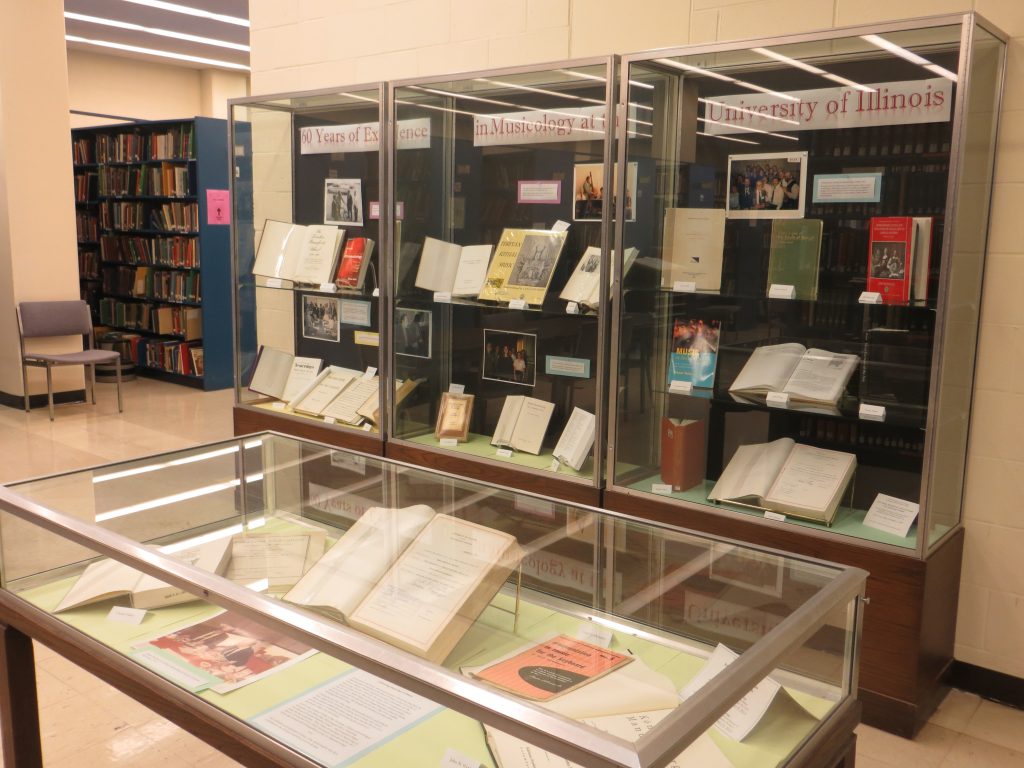 ****
This exhibition gives glimpses of many of the musicologists who have contributed to the Division’s activities over six decades. 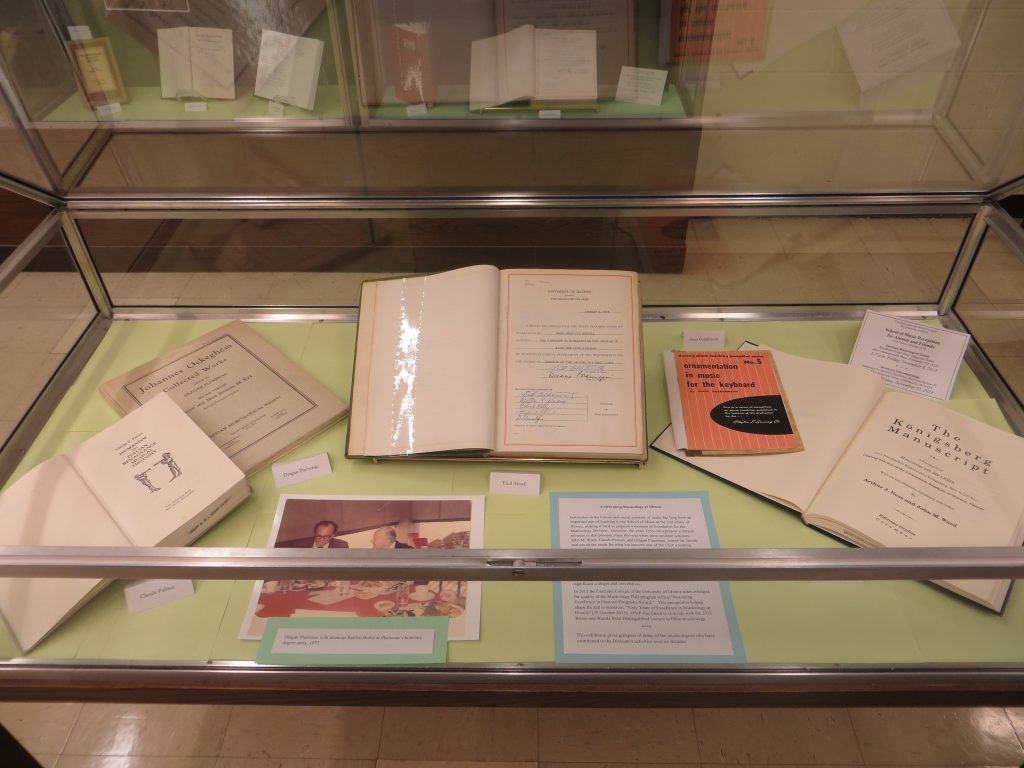 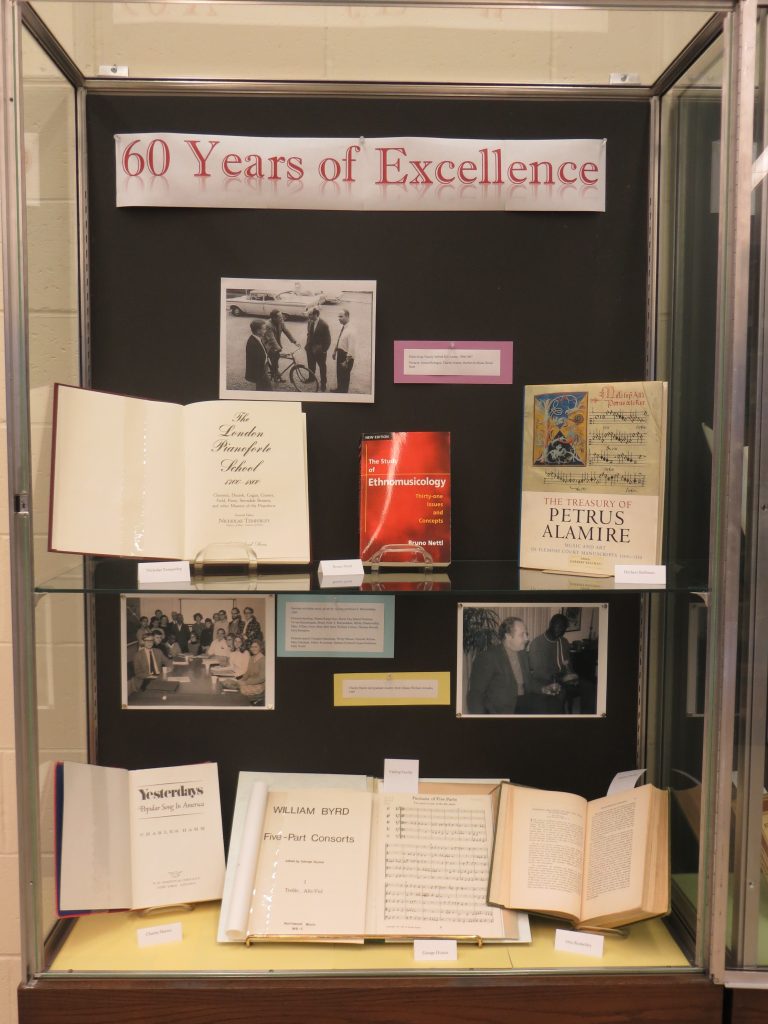 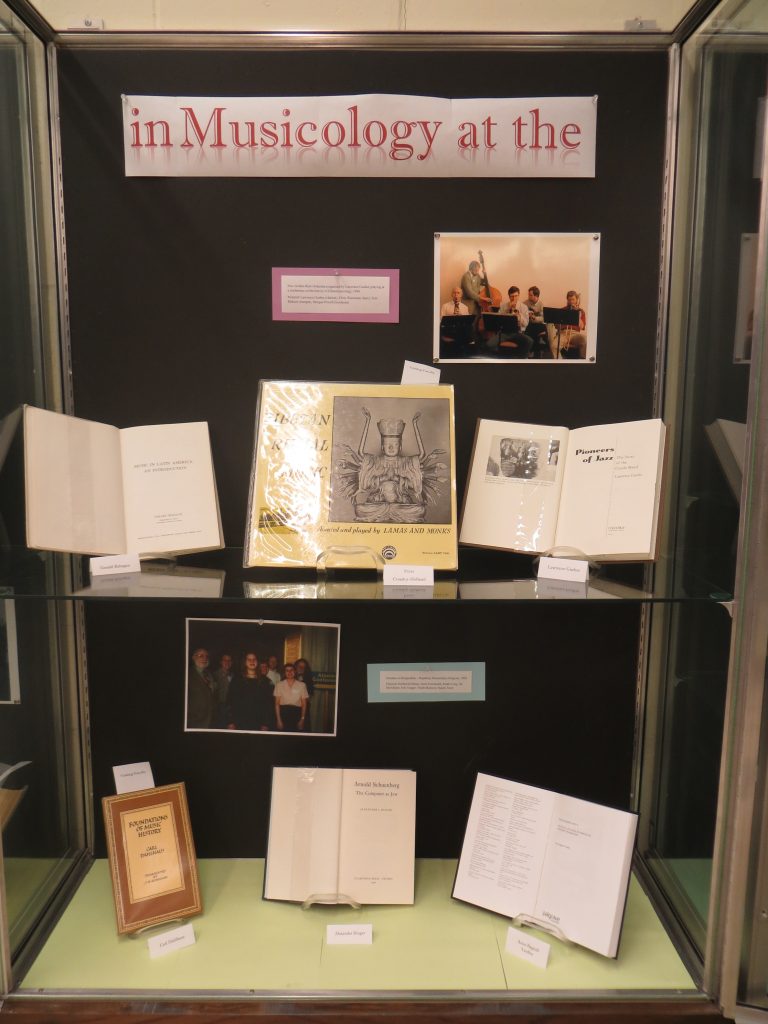 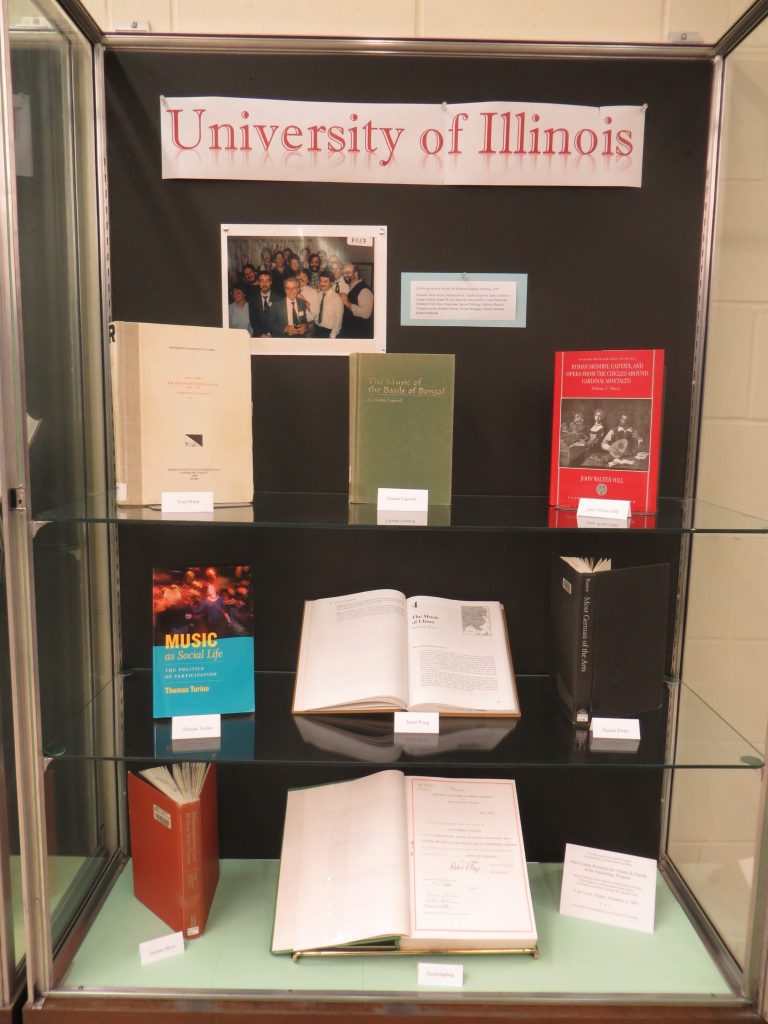 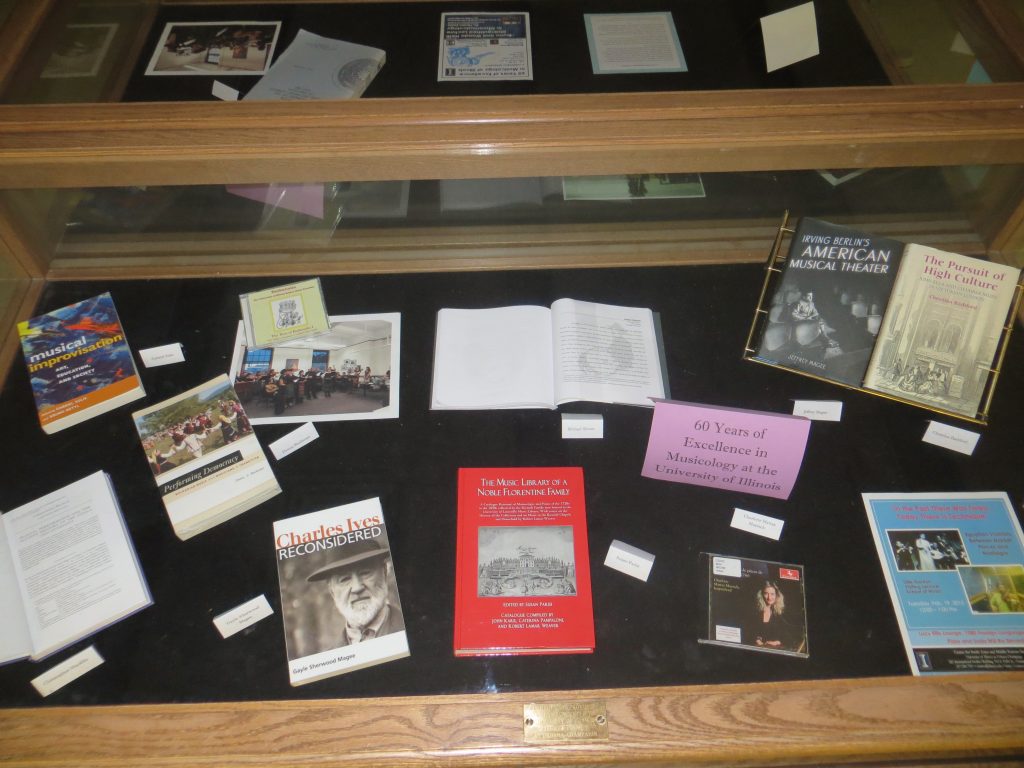 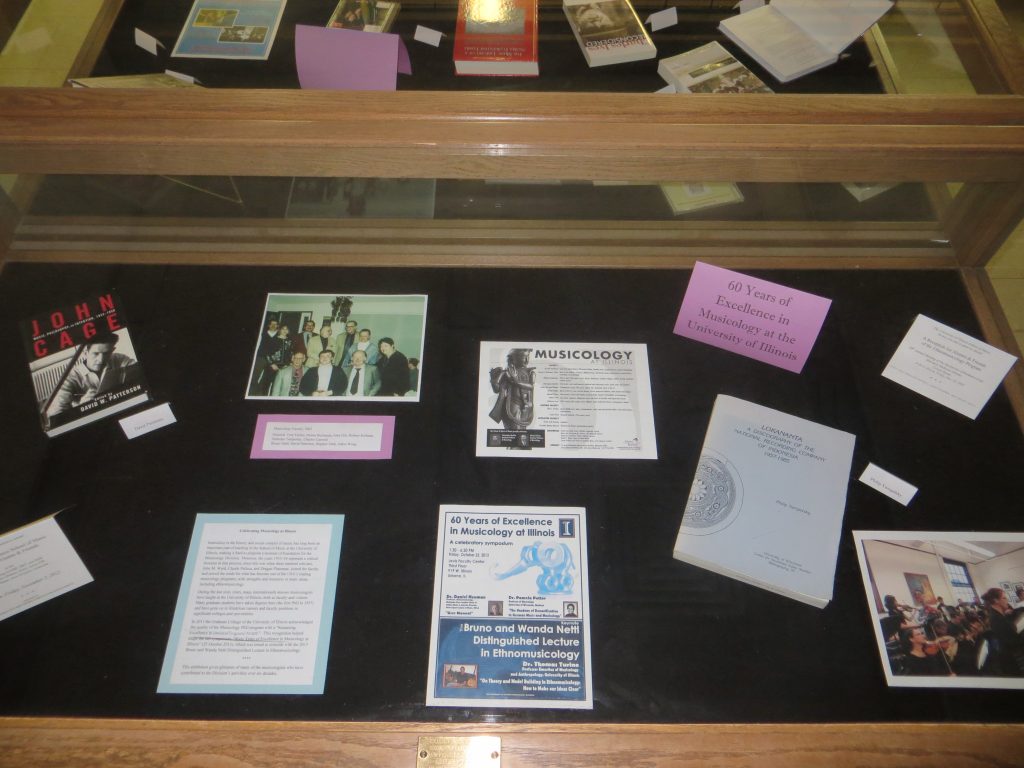