Though much has been written about religion in Russia, researching the subject can be difficult. Bibliographies on religion seem to have only become common in the second half of the 19th century, and naturally religion dropped off as a topic of research after the 1917 revolution. There is more available from the Soviet era than one might expect, however. The publishing division of the Moscow Patriarchate was active, and after 1998 religious publishing houses sprung up rapidly. Butina and Tarasov observe, however, that many of the publications from the 1990s were reprints of 19th century volumes. This group of works comprises many of the citations in this section.

A good place to begin, as for many topics, would be encyclopedias. A number of encyclopedias exist on Eastern Orthodoxy as well as several on Judaism and on other religious groups in Russia. These are not only good sources for clarifying concepts and giving introductions to various topics, but may include bibliographical references and can therefore be used as a jumping-off point for research. See the section on the appropriate topic for encyclopedias on that subject.

Two very large bibliographies are cited below. These are Novaia literatura po sotsial’nym i gumanitarnym naukam: religiovedenie, and Rubakin’s Sredi knig. Both of those were very useful in providing citations for this bibliography, and they also contain many works not cited here. Since what follows is a list of reference works with significant scope, many titles were left out due to their not being reference or their narrow scope. Many of these works could still be useful for people interested in a specific topic.

Lisovskii’s bibliography is organized chronologically, with an index at the end. The relevant index here is called “Sistematicheskii spisok russkikh periodicheskikh izdanii.” It is organized by city–Petersburg, Moscow, and provinces– with subject categories within the section for each city. Within each section, part G1 is dedicated to religion and philosophy and lists periodicals by their entry number.

Bibliografiia periodicheskikh izdanii Rossii calls itself a continuation of Lisovskii’s work. It covers the years 1901-1916. Its index is more straightforward, listing subjects in alphabetical order. Journal titles are not listed, only their entry numbers. The index has more than 200 citations for journals on religion.

The current official church periodical is Zhurnal Moskovskoi Patriarkhii, which has been in publication since 1943. An English version has been published since 1971. Recent issues are also available online at http://www.jmp.ru. This journal is indexed by the Academy of Sciences and in Religion Index One. The Academy of Sciences indexes other current religious journals as well.

Scholars interested in historical topics relating to religion should also see the history section of this course. For specific religious figures, the biography section will also be useful. For iconography, many of the works in the art section are relevant.

Cited below are six general works that focus on or include religion in Russia. 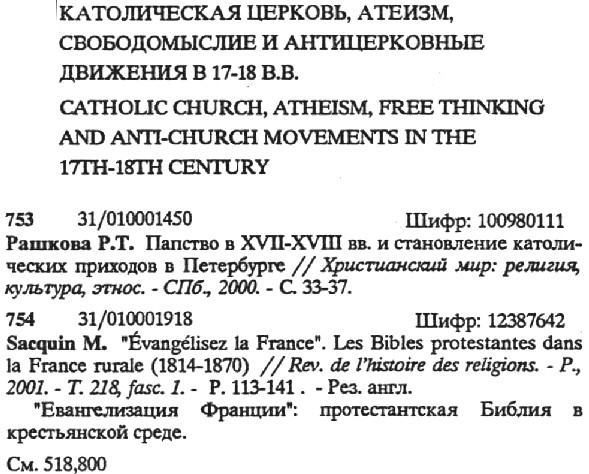 This is a quarterly bibliography of all books and articles published in Russia on religion, ranging from Orthodoxy to Daoism. Bibliographies are listed as a separate topic. The Russian Academy of Sciences online database contains the citations published in this print work. Researchers should choose between the print and online versions depending on the kind of query. For example, someone looking for a recent particular title and who doesn’t know what year it is from would probably want to use the online database, while someone browsing by subject would probably find it easier to use the print version. Writing on religion from a historical or ethnographic perspective might be in the section called Istoriia, arkheologiia, etnologiia (U of I Library Call Number: Main Stacks and International & Area Studies Russian Reference (Slavic) Q.016.905 No11; two most recent years in Russian Reference under the same call number).

Rubakin describes his work as a “survey of Russian literary wealth.” He provides numerous bibliographies, divided into lists by subject, and prefaced by essays by the author. Since the bibliography is not annotated, the best way to use this rich work is to read the sections of the author’s essays pertaining to one’s area of interest. In these essays, Rubakin describes certain books and comments on which ones he deems essential. He includes entry numbers, so readers can then turn to the appropriate entry for a full citation. The section on “Religiozno-tserkovnyi stroi” in volume 2 covers a range of religions, including Eastern religion, history of the Orthodox Church, and philosophy of religion.

This extensive English encyclopedia is in the process of being written. Volume 7, thus far the last volume, initiates the title change noted above. The last entry so far is Eastern Siberia. There will eventually be 30 volumes. Entries are on people, geographical places, and organizations. Each article concludes with a bibliography in paragraph form. One small difficulty could be that transliteration is not standard, and names of organizations are in translation. 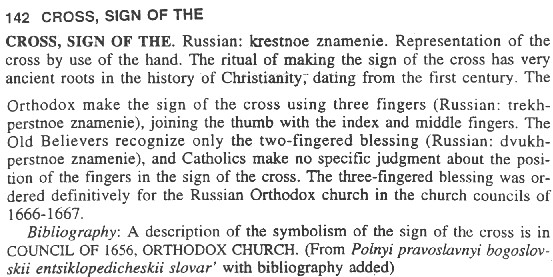 This guide has information collected from a wide range of religious organizations. The section on each religion tells what the religion is, its history, theology, and how many organized groups exist in Russia. Addresses are included for some organizations. Articles vary in length, since authors are different and some religions are more widespread than others. The table of contents is very detailed, compensating for a lack of index. 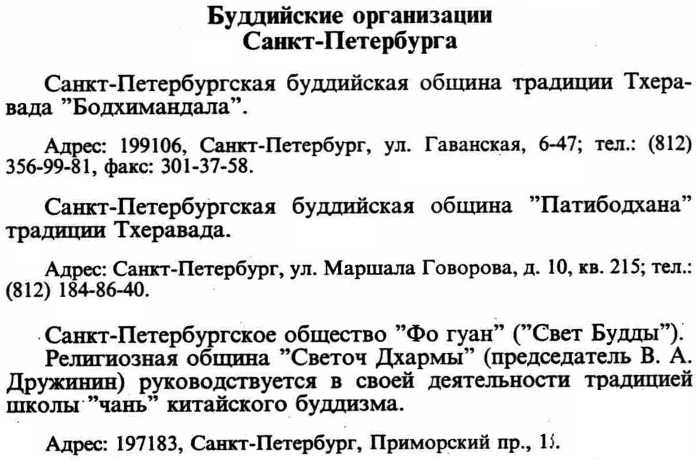 This encyclopedia of 350 entries covers the last decade with admirable broadness and depth. Entries for peoples tell how many of them live in Russia and the religion they commonly practice. Specific religions mentioned can be as obscure as magic, scientology, and daoism. More widespread religions have several entries; for example there are entries on Eastern Orthodox culture, music, national identity, education, ethics, missionaries, and monasticism. Readers should beware that cross-referencing is not complete, e.g., the entry for Judaism doesn’t link to Jewish holidays. Articles range from 1 column to several pages. Tables at the back show statistics of population following several major religions, and maps show the distribution of major religions in Europe and Central Asia. There is an index of all entries. See a sample entry on mosques. 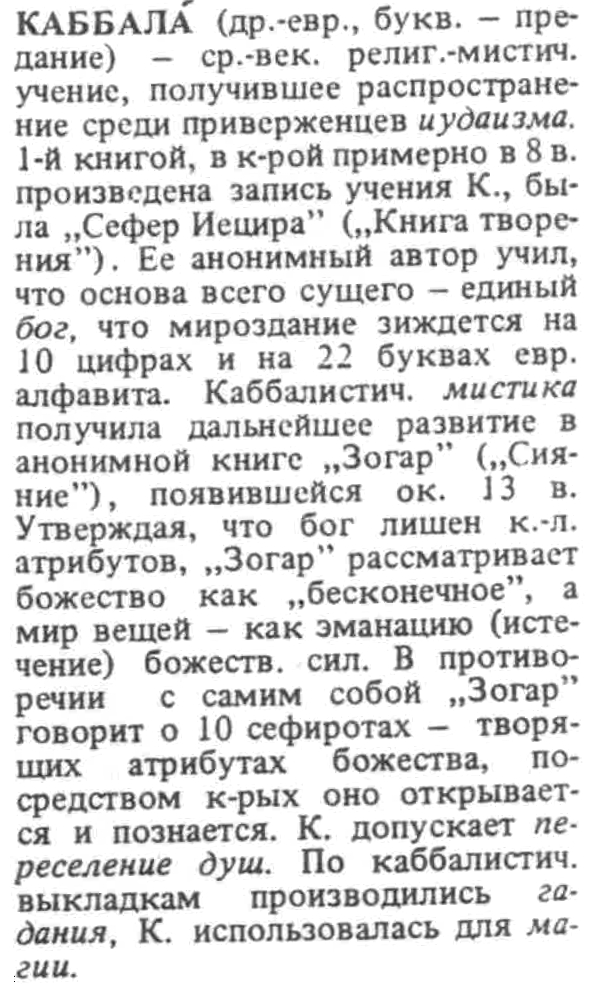 This Soviet work was intended for propagandist instruction. A very clear introduction explains the work’s organization and how to use it. Entries are very short but seem fairly factual and cover a wide variety of religions (such as Zoroastrianism and Manicheanism).