Zhurnal zhana gazettik makalalardyn letopisi is a serially-published bibliography of individual articles from the major journals and newspapers of Kyrgyzstan, whether written in Kyrgyz or in Russian. Beginning in 1966 it also contained a section entitled “Letopis’ retsenzii,” which indexed reviews and critical articles published in the periodical press of Kyrgyzstan in the Russian and Kyrgyz languages. A section entitled “Kirgizskaia SSR v periodicheskoi pechati Sovetskogo Soiuza” was included beginning in 1965, which provides a very selective index of materials published in other Soviet republics on Kyrgyzstan-related topics.

Every fourth issue of this quarterly publication includes a list of the journals and newspapers that were indexed during that year. Entries are organized by subject, and Kyrgyz- and Russian-language articles are indexed in separate sections. Beginning in 1963, every issue contained an index of personal names.

From 1973 to 1976, the bibliography was split into separate publications for journal articles and newspaper articles, respectively.

As of mid-2007, the Kyrgyz National Library’s “Kyrgyzstan” catalog contained about 50,000 records for Russian-language items dating from the early 1990s (rarely beyond), nearly all of them articles from journals, newspapers, and conference proceedings published in Kyrgyzstan. These represent only a small fraction of the National Library’s entire “Kyrgyzstan” card catalog, which contains over 2,000,000 cards for items dating from 1850 (for Russian-language materials) and 1924 (for Kyrgyz). In addition to the usual information, some of the records indicate whether a particular item contains a bibliography (and if so, how extensive it is) and/or a brief annotation describing the contents of the item. There are also records for entire individual issues of journals, listing all of the articles in that issue.

The Kyrgyz National Library’s periodicals catalog contains records for tens of thousands of Kyrgyz- and Russian-language articles from over 600 journals and newspapers published (with a handful of exceptions) in Kyrgyzstan and Russia between 2002 and the present. Records for articles published in conference proceedings are also included. Unlike the “Kyrgyzstan” catalog described above, the subject matter of the cataloged articles is not limited to Kyrgyz-related topics (although there is no shortage of those).

Catalog records for individual issues of periodicals, listing that issue’s entire contents are included, as well as general records for each periodical publication as a whole. While these do list the specific issues of that periodical that were published during the time period in question, the hyperlinked individual issue numbers do not seem to lead to records that list the contents for that issue. (This is just one manifestation of apparent inconsistencies in the database that, for example, make it possible to find a particular article by keyword, but not by author or by periodical title.)

Like the National Library’s books catalog, records in this catalog can also be browsed by subject category through the use of the GRNTI interface. The subject scheme is quite elaborate, however, and many areas of it are not (yet) actually populated with catalog records.

As of 2007, the national library’s articles database included 26,532 records. These represent only a small fraction of the over 350,000 records in its comprehensive article card file. Thus far this catalog, which indexes articles dating as far back as 1936, is available only on site in Bishkek.

Part of the Consortium‘s “Svodnyi katalog,” its articles database includes individual records for about 8,000 journal and newspaper articles held at Kyrgyz libraries, most of them dating from 2003-2006. Additional details are provided in the entry for the Svodnyi Katalog as a whole.

This serially-published bibliography of articles from Kyrgyz journals appeared briefly as a stand-alone publication in the mid-1970s. For most of its existence, it has been published as part of Zhurnal zhana gazettik makalalardyn letopisi, or as a constituent part of the umbrella publication Kyrgyz SSRinin basma sȯz letopisi/Kyrgyz Respublikasynyn basma sȯz zhylnaamasy. 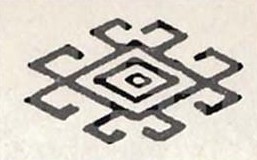 This serially-published bibliography of articles from Kyrgyz newspapers appeared briefly as a stand-alone publication in the mid-1970s. For most of its existence, it has been published as part of Zhurnal zhana gazettik makalalardyn letopisi, or as a constituent part of the umbrella publication Kyrgyz SSRinin basma sȯz letopisi/Kyrgyz Respublikasynyn basma sȯz zhylnaamasy.