For research in any topic pertaining to Russia the first step should be to look for a bibliographic guide to the resources. The Russians produce particularly good guides that show what kinds of reference books are available for a given topic. A guide will include the basic sources in a particular field,  the types of tools that exist, the kinds of information can be found in each resource, etc. For example, suppose you are looking for information on a Russian scholar who taught at a specific university last century. Are there any sources that will provide that information? A guide to the resources will list and annotate those sources which have the information.

For the area of biography I.M. Kaufman has produced two resources (with very similar titles) that are discussed below. To answer the question about the Russian professor see Kaufman’s section entitled “Professora, prepodavateli i pitomtsy universitetov, institutov, litseev i drugikh uchebnykh zavedenii.” There you will find 75 pages of annotations on reference books that include biographies of educational figures in Russian institutions from early times to the Soviet era, from Moscow to Odessa and places in between, from universities to medical schools, and so on. With luck one or more of these sources will cover the university, time period, and subject area that your particular scholar was active in. 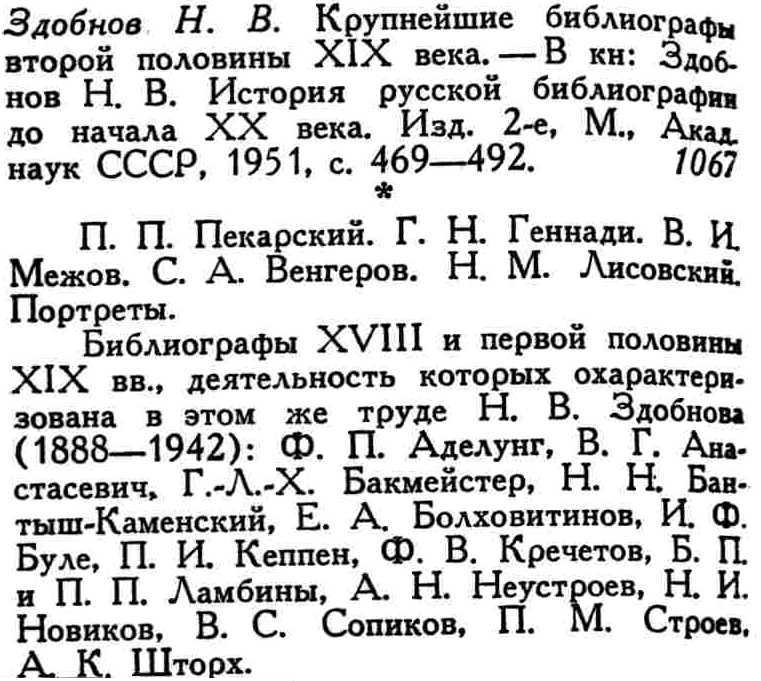 This guide is an expanded edition of the Kaufman volume from 1950 which is listed below. It includes descriptions of biographical sources published from 1736-1954 and is divided into numerous sections, the first of which includes general biographical dictionaries, biographical series and indices. The next sections list works about scholars in various fields and institutions such as mathematicians and members of the Academy of Sciences. There are sections for writers, artists, musicians, etc. Of particular interest to some is the listing of sources for regional biography. For instance, there are several pages of sources for Siberian biography and other regions or cities in the former Soviet Union. An index of names provides access not only to the authors of the resources, but also to the individuals listed in the annotations, for some provide very detailed listings of the contents. Pseudonym dictionaries and nekropoli also are covered in Kaufman. To the left is an entry from the section “Deiateli knigi.” It not only shows which biographical sketches are contained in the work, but portraits as well. 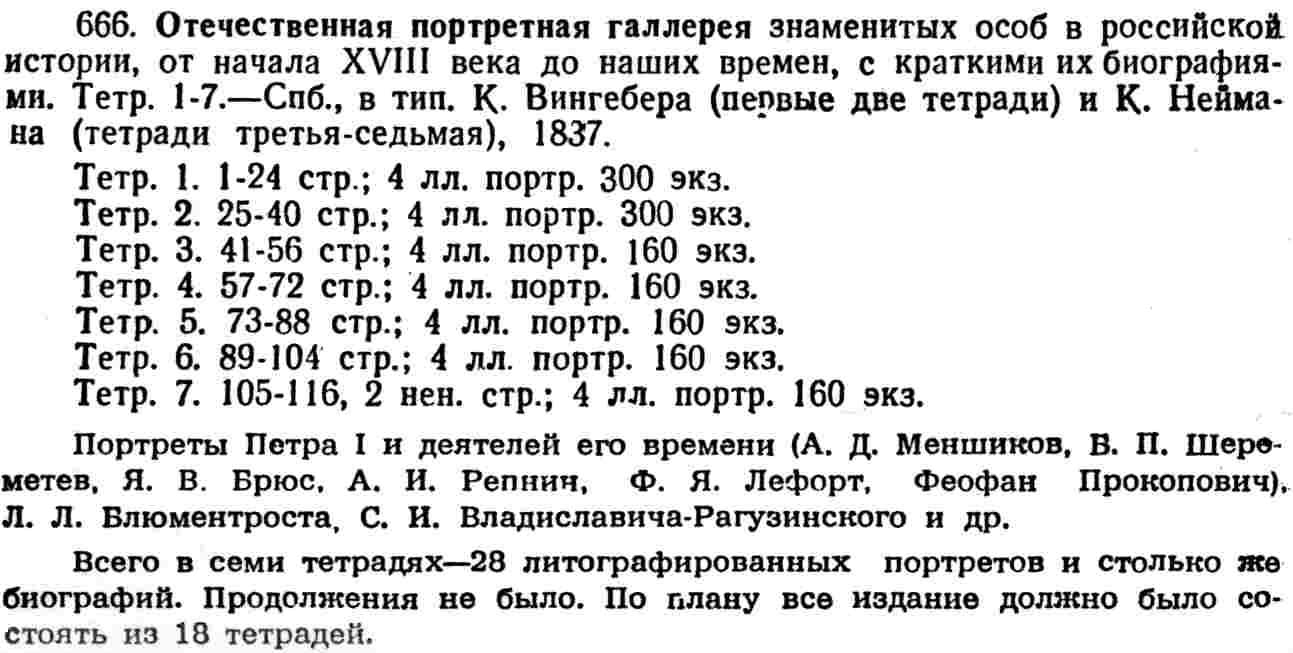 The earlier edition of Kaufman includes annotations for Russian biographical dictionaries published from 1736-1950. It should not be overlooked just because the second edition listed above is larger since the first edition includes some different items that inexplicably were left out of the second. Most of the sections, however, are the same as the second edition and there is an index of names in this edition as well. To the right is an entry for a portrait dictionary that appears only in the first edition of Kaufman.