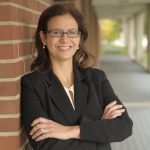 Copyright chat is a podcast dedicated to discussing important copyright matters. Host Sara Benson the copyright librarian from the University of Illinois converses with experts from across the globe to engage the public with rights issues relevant to their daily lives.

Welcome to copyright chat. Today I actually do not have a guest with me. Today I’d like to speak with you a bit about the recent Eleventh Circuit oral arguments in the case of Cambridge University Press versus Patton.

If you’re not familiar with the case it has been ongoing for around eleven years. It started when Georgia State University adopted a policy which according to a professor who testified at trial routinely allowed professors to post digital copies of excerpts consisting of up to twenty percent of the work without obtaining a license from the copyright holder on course web pages. In 2009, the university adopted a new copyright policy requiring a fair use checklist to be completed before uploading e-reserves. The university was sued by Cambridge University Press Oxford University Press and Sage publications with funding provided by the Copyright Clearance Center.

In the original district court opinion from 2012, the district court found that GSU prevailed on all but 5 of the 99 copyright claims which were at issue when the trial began.

The district court found that the copying was mostly justified by fair use except in those 5 instances. That holding was appealed to the Eleventh Circuit Court of Appeals where the case was reversed and remanded. The Eleventh Circuit found that not enough weight was given to the fourth factor, which loomed large according to the court in cases of non-transformative Fair Use. It also found that the approach of the district court giving each factor of fair use equal weight was not warranted. The district court on remand again found in favor of GSU noting on further consideration that there was little evidence of lost market value for the licensing in those cases– in other words– looking at the entire marketplace for licensing the plaintiffs are making very little proceeds on the works at issue.

The Eleventh Circuit just held oral arguments and took issue again with the findings of the district court but did not issue its opinion in the case just yet. In the oral arguments the court took issue with how the lower court attempted to address the fourth factor and again stressed that a non-transformative cases the fourth factor is more important.

Here are some of my thoughts about the Eleventh Circuit oral arguments.

Do I think this case is likely to be remanded again? Yes, sadly I think so.

But will the ultimate outcome likely change?  I don’t think so.  The district court analysis has each time been thorough and fair and has found in favor of GSU.

Should the fourth factor be more important in all non-transformative fair use cases as suggested by the Eleventh Circuit?  In my opinion definitely not. Each case of fair use must be evaluated on its own and the factors weighed appropriately in the old course pack cases the copying was made not by individual professors but by copy shops like Kinko’s who are making a profit off of the sale of the materials.  Those cases are easily distinguished from the case at hand where individual professors are making the copies for purposes of nonprofit educational use and are accepting no payment whatsoever.  Thus, if every case of non-transformative fair use were treated the same it would be much more difficult to distinguish these cases.  But, as I noted, they are very different and judges and juries need to have the flexibility to analyze the case at hand and not be burdened by strict rules such as those proposed by the Eleventh Circuit.

What about the way the Court determined whether the marketplace would be substantially harmed by the copying (was it fair?)  In this instance I think the district court was completely fair. The court looked at the evidence over the past five years of the total licensing paid for each book copied. This is eminently reasonable.  The attorney for the publishers argued that this is like a new licensing marketplace where publishers could be analogized to streaming services for music for instance how could you anticipate back in say 1999 that there is soon be availability of streaming licenses for music.  There’s  a major flaw to that argument– e-reserve services have been around for years if there was a harm to the market we would see it in the fees paid to the publishers and their total licensing for each book. Presumably earlier on the fees would be the greatest and the longer e-reserves were around the fees would get smaller and smaller as more professors put materials on course web pages without paying licensing fees. No such trajectory was demonstrated by the publishers. In fact many of the books that they excerpted from had very few licensing fees at all or zero in many years.  What that means is rather than supplanting the marketplace for these book excerpts there is indeed no marketplace for these books excerpts that’s being supplanted at all. Mostly,  professors are either requiring students to buy the entire book, which was demonstrated in the license in the fees paid for the books themselves, or they weren’t using the books at all.  It seems that the GSU  assignments were not the norm, but rather the exception and therefore don’t make good policy out of that kind of a decision on fair use.

Those are my two cents about the oral arguments from this case and  I’m really curious to see if you agree or if there’s any other kind of discussion that we should engage in.

Feel free to send me an email at srbenson@illinois.edu to let me know your thoughts and thanks for listening.