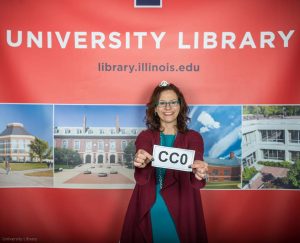 Welcome to another quarantine edition of copyright chat. Today. I want to talk about two important things that happened recently. There’s a third, but I haven’t had a chance to catch up on it just yet. So the first thing that I want to talk about today is the section 1201 exemption hearing that I took part in yesterday, April 6, 2021. I’ve never participated in the section 1201 hearing in the past because in the past you’d have to travel in order to participate. And I usually don’t have the funding to do so this year, due to the pandemic, they were held remotely through zoom and I was able to participate. The second thing I wanted to talk about was a case that came out of the second circuit recently about the Andy right Warhol paintings and Prince the singer. So first about the hearings, it was really interesting to be able to participate in the hearings.

Like I said, I’ve never been able to participate in the exemption hearings if you’re not familiar with the DMC exemptions. Let me explain a bit to you. So the DMCA, the digital millennium copyright act, it protects against circumventing technological locks on digital objects in order to obtain the copyright and materials such as DVDs for teaching purposes. So if one were to make a copy of a DVD in order to teach, one would have to violate potentially the reproduction rights and distribution rights and public performance rights of the copyright holder, but also one would be potentially violating the DMCA because in order to make that copy, you need to, uh, violate or rip the circumvention, go through the circumvention, anti circumvention methods, technological methods that are put in place by the copyright owner there. I don’t know personally how to rip through those technological measures, but I know folks do.

And that’s one of the things that the copyright act protects against not just making the copy, but, circumventing the technological locks. And so we all know that, of course, when we are teaching, we sometimes need to make those copies in order to play clips for our class, especially if we are teaching remotely as we have been doing lately, because in person, of course you could fast forward through the DVD. But that would also be burdensome. Back in the pre COVID days, you know, section one 10 of the copyright act in face-to-face teaching, you could play an entire DVD movie. So long as you obtained the DVD from a lawful source for your class in person, in the virtual environment, that’s a little bit harder and we often have to pay licensing for streaming. And so one of the arguments that we were making every three years, the copyright office has to engage in looking at the current exemptions and whether they should remain or should be expanded and myself and a few other colleagues, um, argued that the exemption for teaching should be expanded due to the pandemic in large part, right.

We had to shift rapidly from teaching in person to teaching online. And there’s no great, uh, remedy for that. Right. And at least at the university of Illinois, I know that some of the videos we want to show to our students are not available in a streaming format. In other words, there’s no market harm. Uh, there’s no market to be harmed when you’re showing an obscure film that no streaming service carries. And on top of that, I think that to point out and I made this point during the hearing that it’s actually quite expensive to make that copy because you also need to provide ADA compliance. So you need to have the closed captioning available for your students. So it’s not cheap to make that copy. And quite frankly, most libraries would probably rather pay the licensing fees to a vendor who makes it really easy to, you know, create short clips from the movie to show it to a larger audience.

Often they come with public performance rights also, um, all the other gadgets that they come with, right? So often we want to license those movies, but sometimes in the case of university of Illinois, um, last fall in spring 25% of our requests, we could not find in a streaming format. And so there is a gap in the market and in my opinion, it should be considered a fair use. And the copyright office should allow us to make that copy in that instance where we are not harming any market, there is no streaming market for that particular movie. And also this might strengthen the streaming market, right? Because if folks are worried that people are going to start being able to rip movies for educational purposes to stream the entire movie to an, an online class, maybe they would start providing streaming licenses for those movies.

There may be some obscure films that just never get put into that streaming format, but we still need to use them to teach. And the current exemption only allows us to use quote unquote, short portions. And so it’s a problem. It’s a problem for universities. It’s a problem that became very highlighted during the pandemic. And I’m hopeful that, um, our points were made to the copyright office and the others and engaged in the hearing yesterday that we really need a broader exemption for teaching purposes. So that was, that was an interesting experience. And I was really happy. I was able to participate on behalf of my library and I also wanted to address also another thing that recently happened that I, I’m not going to comment on right now is the Supreme court issued a case in Google V Oracle.

And of course held that the use of API by Google was a transformative fair use. And I need to read that opinion carefully and I’ll get back to you on that one. But the second circuit also recently, um, decided a case the Andy Warhol foundation for the visual arts versus Goldsmith and folks are kind of asking whether this is going to change the landscape of transformative fair use because the court seemed to step back previous opinions, um, from their older cases, apparently, right. And, and getting a little bit less excited about some of their previous decisions and Cariou in particular. And one of the things that was at issue here, if you’re not familiar with the case, it was about a photograph of the late great singer Prince that was licensed to a magazine and used by the Andy Warhol. And then he created a series of, of fine art based on that image.

And so I think here to, to my understanding, um, I’m not super worried about this case. And I’ll tell you why. I think that this case is a little bit limited to very specific instances where the purpose of the work was the same. So here, they said the purpose of the photograph was, you know, to create art and the purpose of the Andy Warhol, um, work was also fine art. And in that instance, there’s no real difference, right? We always look at something where you’ve created something with a new purpose, a new meaning or message. And that is the transformative ness that we’re looking for. And they did note that in Karoo, um, some of the works were, that was, uh, that was very similar case, right? Because you had, um, in Karoo, if you’re unfamiliar, we had a photographer who took photographs of individuals in Jamaica.

And then we had an artist who took the photographs and change them slightly, or largely, depending on your point of view and sold them as art. And so, very similar case. And they said, but you know, the court was struggling there too. And the question was, how much was, was it changed? And, here, I guess they said, not enough, right? It just, you can recognize the, the photograph, you see it and you say, Oh yeah, this came from this photograph of Prince. And so I think a lot of things that we’re doing with transformative fair use, at least in libraries, I’m speaking to my audience here. I don’t think this is going to impact us that much, because I think a lot of the things that we’re doing in libraries do serve different purposes that are very clear, right? So when we’re using works for a library guide to explain things, when we’re using works in an exhibit to tell what’s in the exhibit and we’re using works, um, we’re usually doing so for a very different purpose than the purpose for which the work was created.

Right. And therefore, I’m not that worried. I don’t love this case in terms of the way the court draws this line in the sand between derivative works and transformative works because of the fact that, like I said, that’s the hardest line to draw. So how, how are we getting there? But I do think that in library and libraries, we shouldn’t be as worried about the case, um, and how it quote unquote alters transformative fair use, not to mention the fact that the Supreme court case about transformative fair use came out right after it. So that’s going to be the next episode. I hope I’ve piqued your interest. I will spend some time kind of digesting that case, but this is my hot take on the Andy Warhol case that I’m not super happy about the way the court, you know, steps away from the Cariou case, because a lot of folks viewed that as like the high watermark of transformative fair use. On the other hand, I think it’s going to be relatively easy to distinguish this case from a lot of the things that we do in libraries and library publishing. So I’m not that worried about it negatively impacting our work as librarians and library publishers and things of that sort. So I thank you for listening.  I welcome your comments. I hope that this shed some light for you. I’ll see you again soon. Stay safe.