The collection and the services of the Veterinary Medicine Library are primarily intended to support the teaching, research, and public service activities of the College of Veterinary Medicine as well as those in related departments across campus. The support is provided in the form of acquisition of books, journals, and other relevant resources on veterinary and animal science, reference and document delivery services, and consultation and instruction on the effective access and management of information. The Library also assists practicing veterinarians and veterinary researchers who have limited access to specialized resources. In conjunction with the mission of the University and the Library, the Veterinary Medicine Library also serves the information needs of the individuals in the State of Illinois through various mechanisms.

Although the establishment of the College of Veterinary Medicine was not authorized by the University Board of Trustees until 1946, and the first class was accepted in 1948, courses in veterinary medicine were offered at the University of Illinois since 1870, just three years after the opening of the University. Therefore, a collection of books in veterinary medicine was already in existence an was housed in various buildings without any organization. The first allotment of library funds was made in 1947-48. The books purchased by this fund were housed at 805 West Pennsylvania Avenue, while the journals were stored in the main library.

The Library formally opened its doors for service on February 4, 1952, when the new Veterinary Medicine Building was completed in 1952 at 1101 W. Peabody Avenue, Urbana. Forty-four faculty members and 119 students comprised the target user population. The Veterinary Medicine Library occupied a single room of about 2,700 square feet (Room 255) on the second floor, with the furnishings of six 9-foot and two 14-foot oak tables, 78 arm chairs, and two lounge chairs. The back of the room had windows on three sides, letting in plenty of natural light and creating a comfortable atmosphere for reading and study. The books and journals located in various buildings were transferred to the new quarters, and numbered 4,379 by June 1952. The Library Committee was formed for the first time in the fall of 1952 and was chaired by Dr. Norman Levine. The library was staffed by one librarian and 2 students. In the absence of the librarian, members of the College office assisted in staffing, as well as with other secretarial tasks. The first Librarian, Marian Estep, wrote in her annual report covering the period of February 4, 1952 to June 30, 1952:

“The principal patrons of the Library during the first semester of operation have been the students and faculty members of the College of Veterinary Medicine, but there has been some use of its resources by students and faculty from other areas of the campus. Also, some students living nearby have used it simply as a place to study. A recreational reading collection from the Browsing Room has been maintained for several months. While it has not been extensively used, I feel that this service should be continued.”

In the subsequent annual reports, Ms. Estep wrote “the use of the library by the veterinary students was low, and consisted mostly of those in the 2nd and the 3rd years. Only the most “bookish” students in the first year class used the library.” About 50% of the student users were those living near the College building. The book budget for 1952-55 was about $2,400, and was regularly overspent by several hundred dollars.

The addition of a half-time Library clerk was noted in July 1965. This position was converted to a full time position in later years.

Ms. Estep retired in 1971, and her replacement, Ms. Joan Hicks was hired in September of the same year. Ms. Hicks resigned from the position in December 1977, after a 6 month leave of absence. Mr. David Self was appointed in August 1978 and served as Veterinary Medicine Librarian until November 1986. The Library moved to its present location during Christmas break in 1982, bringing with it back sets of important veterinary journals out of the main library book stacks. The books and journals once housed in the small reading room of the Large and Small Animal Clinics were joined with the rest of the collection in the new library at Room 1257 Vet. Med. Basic Science Building, 2001 S. Lincoln Avenue, Urbana 61802. With 10,350 square feet, the new library is more than 4 times larger than the old one and offers the seating capacity of approximately 145. While the number of staff members increased with the addition of one full time support staff and one half time librarian, Ms. Priscilla Smiley (May 1983), the inadequate size of the collection budget continued to be mentioned through the annual reports during this decade. Mitsuko Williams replaced Mr. Self in 1988 and served as Librarian until her retirement in December 2003. Greg Youngen held the position of Veterinary Medicine Librarian until Dec. 2011, in which former Biology Librarian Diane Schmidt took over the librarianship briefly, until her full retirement in May 2013.  Erin Kerby, is the current Veterinary Medicine Librarian as of June 17, 2013.

The Veterinary Medicine Library is one of the departmental units of the Library of the University of Illinois at Urbana-Champaign. In July 2007, the Veterinary Medicine Library collection consisted of over 47,000 volumes of cataloged monograph volumes, bound periodicals, audio-visual materials, and theses from UIUC and other institutions. The Library also has an extensive collection of veterinary dissertations from Germany.

The comprehensive collection supports instruction, research, and general reference needs in all areas of basic, clinical, and related areas of veterinary medicine, and is especially strong in parasitology and toxicological materials.

The funding for collections and operations comes largely from the State each year. The Library also receives designated funds through the Library Friends and the College of Veterinary Medicine. Additional funding for books and other enhancements is derived from the income of the endowment funds listed below. Dr. and Mrs. Huber believe “a good library is a critical intellectual resource for a quality academic program.” We are grateful for these endowments, as well as the materials and funds donated by countless individuals. They help us to continue supporting the quality program the College of Veterinary Medicine offers. 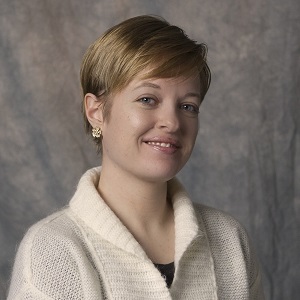