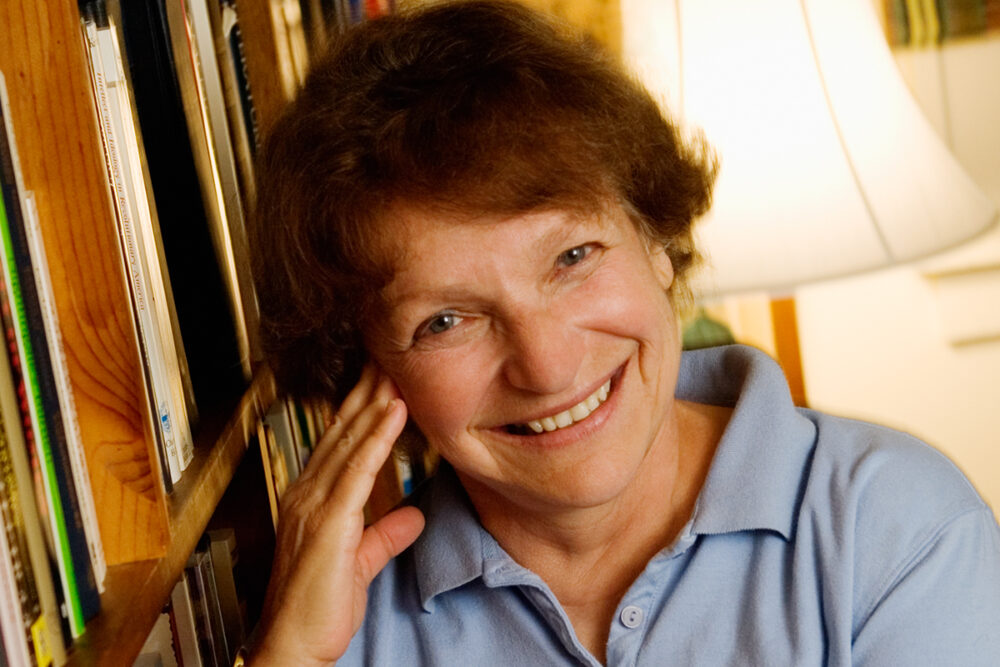 There was no slowing down Nina Baym. In her latter years, having forged a formidable reputation as an expert in 19th century American writings and as general editor of The Norton Anthology of American Literature, Baym came to a sweet spot in her life and legacy.

Funded by her prestigious Swanlund Chair, the longtime University of Illinois professor of English trekked to her beloved West, tirelessly perusing out-of-the-way bookstores and libraries to unearth the works of female writers forgotten to time.

It was a modern-day quest that amassed 800 volumes, including hundreds of authors and supplemental materials. Now housed in the Rare Book & Manuscript Library, The Nina Baym Western Women Writers Collection looks both backward in time and forward as a resource for future research.

“She [spent] a lifetime . . . trying to recover the voices of women writers,” said Nancy Baym, MA ’88 LAS, PHD ’94 LAS, of her mother, who died in 2018. Spurred early on by a statement by famed American novelist Nathaniel Hawthorne, who fretted that the output of “a damned mob of scribbling women” was affecting his sales, Nina Baym wondered who these pesky penwomen were that she had never heard of. Eventually, she headed west, chauffeured by her husband, the late professor emeritus Jack Stillinger, to find out who these writers were, and why—though immensely popular in their day—not a whisper of them had made it into the American canon.

While the collection provides a portal into women’s lives in a particular era, said Baym’s son, Geoffrey, it also offers “an extraordinary window into any question a historian of the American West could possibly be interested in.” And it stands as a perfect coda to Baym’s career, weaving together what Geoffrey called her “three great intellectual and personal loves”—women’s writing, 19th century American writing, and the American West.

The donation also seems perfectly at home on the Urbana campus, where the professor emerita constructed her career and which Stillinger specifically chose as his academic base for its access to the Rare Book & Manuscript Library. In addition, as part of the family’s support of public education, the gift includes funding for a graduate assistant to catalog the collection and for future maintenance and promotion.

For the collection to remain both intact and at the U of I pleases Baym’s children. “I couldn’t imagine a more perfect ending to the story,” Geoffrey said, “or the beginning of the next one.”

The point of collecting materials from underrepresented communities is to provide a broader and better and more inclusive understanding of our own collective history." ~Lynne M. Thomas, Head, Rare Book & Manuscript Library