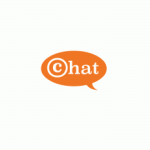 You can purchase Professor Mazzone’s book titled “Copyfraud and Other Abuses of Intellectual Property Law” at Stanford University Press.

Transcript of this episode:

Copyright chat is a podcast dedicated to discussing important copyright matters. Host Sara Benson, the copyright librarian from the University of Illinois, converses with experts from across the globe to engage the public with rights issues relevant to their daily lives.

Copyright chat is pleased to host Professor Jason Mazzone live in studio today. Jason Mazzone is a professor of law at the University of Illinois at Urbana-Champaign where he is also co-director of the Illinois program in constitutional theory, history, and law. He is a graduate of Harvard College and Harvard Law School and he holds a master’s degree from Stanford University and a master’s and doctorate from Yale University. He teaches and researches in the areas of constitutional law and intellectual property law. He is best known for coining the term copyfraud in an article with that title published by the N.Y.U. Law Review in 2006. His book Copyfraud and Other Abuses of Intellectual Property Law was published by Stanford University Press in 2011. Professor Mazzone has served on the board of trustees of the copyright Society of the USA and he writes frequently on legal issues for the popular press.

Sara: Professor Mazzone thank you so much for joining me today.

Professor Mazzone: It’s a pleasure. It’s good to be here.

Sara: I wanted to ask you how you got into copyright because I know you more as a constitutional law scholar myself.

Professor Mazzone: Sure. So, in a somewhat of a roundabout way when I was in law school I did take the survey course in intellectual property law which did include a component on a copyright. Now this is in the late nineties and it was a particularly interesting time to be thinking about copyright. In particular there are a lot of people who at that point in time were predicting the end of copyright and the disappearance of existing copyright laws. This was a period in which digital technology was of course on the rise. The internet seemed to make copying easy and the dissemination of works easy and there was a lot of conversation about whether the existing copyright regime would be well suited to the new technological changes. As somebody who already at that point in time thought well the law probably changes fairly slowly and doesn’t always catch up with technological change the most interesting thing to be watching for in the future would be to see the gaps between the law and the technology and how content providers and distributors would adapt their business models so that they could ensure the kinds of protections that they had relied upon in order to make money in the past under the previous system laws and whether the law would ever alter or how long it would take the law to change to catch up to the new realities. And so it was an interesting time to be studying copyright law. After I left law school I went on and worked at a large firm and I just happened to be assigned to the intellectual property law docket at the firm. So I was handling a number of copyright cases, trade secret cases, and trademark cases and certainly for our clients copyright law mattered a great deal whether they were suing somebody who had infringed their copyrights or they were defending against a lawsuit the law mattered a great deal there was little sense on their part the copyright law was obsolete. I guess by working in that context I really got to see firsthand and this is a lesson that I would come back to later on in my career the difference between the law on the books and the law in practice. The way that people act in the real world is influenced of course in part by the law but also by many other sorts of factors as well. Often individuals want to avoid any possibility of litigation and so for example are particularly cautious about about copying works that they might otherwise be permitted as a pure legal matter to copy and so that was an important lesson the sort of gap between the laws I had studied in law school and the way that real world actors organize their behavior and functioned in in their ordinary transactions.

Sara: One of the first ways that I came to know about you and your interaction with copyright was the term copyfraud which I learned quite quickly as a copyright librarian. Someone mentioned to me well that’s just copyfraud– have you heard that term professor Mazzone coined it? And I thought oh I know him! So tell me how you came up with that term and what does that mean for the listeners?

Sara: I think that’s right. I would point out though that often fraud, to me, connotes an evil intent and I think sadly quite often there is no evil intent there’s just misunderstanding of basic copyright law. And I think that that is one of the things we as librarians are trying to fix in digitizing objects and putting objects online and coming up with normative statements that folks can really wrap their heads around so that they’re not defrauding the public especially when they’re not trying to.

Professor Mazzone: I really commend you on that. One of the gratifying things about working in this area in some ways in contrast to the work that I do on the early republic is that my work has had a practical impact and I have been able to persuade others using the ideas that I put forth. Persuading archives and others digitizing things that they hold in their collection to make them available without restrictive copyright notices or other kinds of restrictions on use. And sometimes it is, as you suggest, a matter of education and it’s a matter of educating those who have these materials in their possession, and also educating users in ways that they can legitimately make use of materials. But also, I think, along with that comes the responsibility the part of all of us to understand that copyright infringement is nonetheless a problem and so if we expect museums in archives to abide by the limits that copyright law provides and imposes upon them and their ability to claim control or restrict uses then it also makes sense for us to accept the other side of the bargain and recognize the legitimate scope of valid copyright claims.

Sara: Fair enough. I wanted to ask in the few moments we have left if there’s anything particularly interesting in current events that you’ve been keeping an eye on in terms of copyright.

Professor Mazzone: Well, I can tell you about one new project that I’ve started working on. This is in collaboration with some folks at Berkeley and some other places. We’ve started a project to identify government works that are indeed in the public domain. Under the Copyright Act works by government employees are deemed to be part of the public domain because they’re funded by taxpayers. So the position of Congress in creating the Copyright Act was to make sure that those kinds of works would be freely available. There are some complications that arise because there are lots of instances in which somebody who say works for a government agency like the E.P.A. has produced a report or maybe published a paper in a scientific journal and there are sometimes questions about whether this is a government work that is in the public domain well or is it really a work of a private person who just so happens to work for the government. So that has produced a fair amount of confusion on the part of individuals who would like to make use of the work in some way, but are not certain whether it falls under the exception to the Copyright Act for government works or whether it is in fact copyrighted. We have started a project in which we hope to be able to both identify, in general, some parameters for figuring out what falls on which side of the line, but also to work with agencies and others whose employees are creating works. There’s an enormous amount of information that comes out of the government or is produced by government employees working with the individuals in the agencies that are producing all of that. To clearly state the claim for copyright if there is one or in the alternative to make clear that this is a government work that is available for use I think is an exciting project.

Professor Mazzone: It was an absolute pleasure thank you.