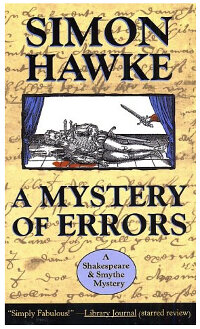 Four mystery novels (thus far?) featuring Will Shakespeare, an aspiring writer, and Symington “Tuck” Smythe, a young actor, as they solve murder mysteries in the interstices between the London theatre scene and the world of Elizabethan intrigue. Who could resist such titles as: A Mystery of Errors, The Slaying of a Shrew, Much Ado About Murder, and our favorite, The Merchant of Vengeance? 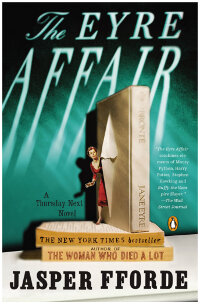 In a world without chronological bounds where Time Police regularly investigate misalignments in history, an officer looking into the question of Shakespearean authorship discovers that the plays do not exist in 1610. He corrects the problem by travelling to 1592 and handing William Shakespeare a copy of the First Folio of 1623, asking him to produce and claim authorship of the plays according to a schedule he provides him. “Shakespeare was only an actor with a potentially embarrassing sideline as a purveyor of bagged commodities in Stratford.” 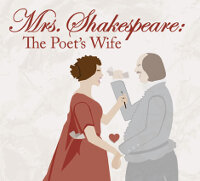 In this two-act play that unfolds in flashbacks after Shakespeare’s funeral, we discover that Anne was the brains behind the Shakespeare brand. Shakespeare himself appears as a failed author, rescued by his wife, who needed a frontman to produce her plays in London. Though he complains a bit, William does the household chores and cares for the children to give Anne the peace she needs to write. Similar conceits are found in at least a half-dozen recent plays and novels. –VH 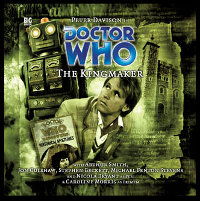 Another Dr. Who encounter with Shakespeare (there are several), in which Shakespeare does a little time-travelling himself and plays a less than honorable role in trying to insure that Richard III does the wrong thing. The Doctor and Shakespeare argue about the lack of historical research Will does for his plays. When the Doctor goes back to 1483 to see what Richard III was really like, Will secretly hitches a ride. Shakespeare is a “bad guy” inasmuch as his goal is to make sure that Richard III remains the historical villain and that his beloved Tudors are not tainted with the deaths of the two princes. In a twist of plot (and time), Shakespeare limps into the Battle of Bosworth Field and Richard III takes up a new literary life in Elizabethan England. –TH

Read more about the audio play 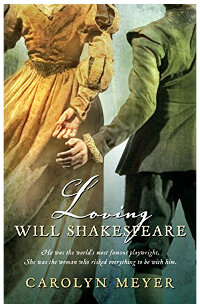 In her young adult novel Loving Will Shakespeare, Carolyn Meyer spins the sparse facts known about the lives of William Shakespeare and his wife Anne Hathaway into a bittersweet narrative told from Anne’s first-person perspective. Despite the title, Anne and Will’s courtship actually plays a lesser role in the book; this is really Anne’s story, with the majority of the novel focusing on the trials and triumphs of Anne’s youth. Nevertheless, Will does appear frequently, as a charming, confident, and precocious boy (at age eleven he declares Ovid his favorite poet) who seems to be in love with Anne long before she has any romantic thoughts about him. Meyer augments her narrative with details about aspects of early modern life (sartorial laws, hornbooks) which seem intended to make the novel more educational for young readers, and concludes with a note explaining which plot points are historical fact and which were her invention. Readers who have yearned for more details about Shakespeare’s wife will appreciate Meyer’s portrait of an Anne Hathaway who is strong, smart, and a person in her own right. ―BS 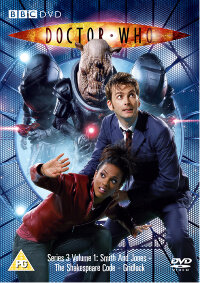 Gareth Roberts had earlier given Shakespeare a small part in the Dr. Who Magazine comic strip (A Groatsworth of Wit, 2005), but in this television script, Shakespeare plays a major role as the author of the now lost play “Loves Labors Won.” The play is of particular interest to Illinois because we own a 1603 manuscript witness to the existence of this play. In Dr. Who, Shakespeare is struggling to complete this particular script. Under a witch’s spell, he finishes the play, and includes, unwittingly, a phrase that will open a portal for the return of the Carrionite witches. Dr. Who and companion Martha Jones save the day, of course, but not before Shakespeare flirts furiously with Martha, receives some literary advice from the Doctor, and has to improvise some magical lines of his own. Shakespeare is a charming, rakish, hard-working, fast-living, affable genius—and also serves as the Doctor’s foil for a lot of anachronistic wit. –TH 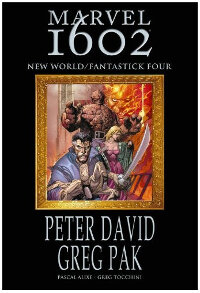 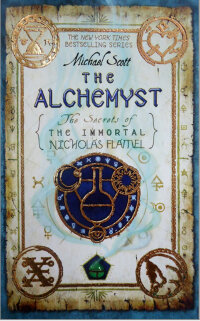 Written by an authority on folklore and mythology, the six book series takes place over a period of a month in the present day and across parallel “Shadowrealms.” It tells the story of 15-year old twins Sophie and Josh Newman caught up in a battle of influence and destiny between the forces of good, the Elders, and the immortal humans Nicholas Flamel and wife Perenelle, and the Dark Elders working through archenemy Dr. John Dee. Considered to be the long-sought after “twins of the prophecy” both sides seek to control the twins magical awakening that is seen as central to the survival (the Flamels) or destruction (Dee) of the human world. END_OF_DOCUMENT_TOKEN_TO_BE_REPLACED 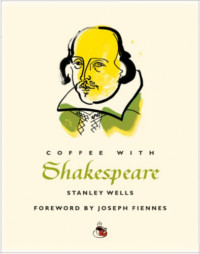 Part of a series of “Coffee with…” famous figures from Aristotle to Groucho Marx, this imaginary interview with Shakespeare would have been riveting if the interviewer, renowned Shakespeare scholar Stanley Wells, had asked Shakespeare what he really wants to know. Instead, he uses this fictional construct to allow us to listen as a charming and sympathetic William Shakespeare answers fairly traditional questions. In the course of the interview, Shakespeare reveals the biographical information and literary accomplishments that scholars have long known and surmised. The interview is divided into themes such as Shakespeare’s education, life at the playhouse, his family life, and his creative process. A nice evening’s read and a painless way to learn more about Shakespeare through a fictional chat with the very approachable Bard himself. –VH

Read more about it at goodreads.com 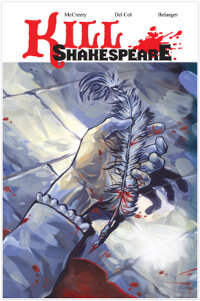