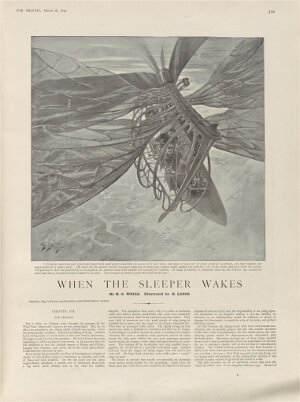 In this story, later rewritten as The Sleeper Awakes, the hero Graham falls asleep in the present and wakes over two hundred years later, in a world of skyscrapers, moving roadways and flying machines; in this book Wells also prophesies the invention of the audiobook and the television.

View other illustrations for ‘When the Sleeper Wakes‘