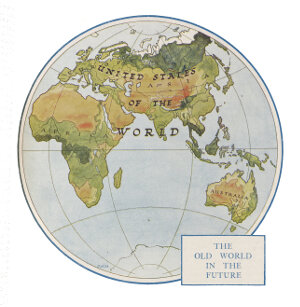 Wells believed that the cause of war was the idea of the nation state. He argued that if everyone in the world were to be correctly educated about the common evolutionary origin of all human beings, nationhood would be exposed as a fiction and war would end. The Outline of History, written after the First World War, and Wells’s best-selling book in his lifetime, was intended as a history of the world from the dawn of early man to the future World State.