In the cold rooms of the stacks, I walk through the smell of centuries-old books  As I scan the shelves, I notice a stack of books untouched, with white tags protruding from the covers. Some are wrapped with cloth strings and cardboard; others barely attached to their spines. The white tags all with the same label “Arabc MS” (Arabic manuscripts). As someone with a background in Islamic studies and a cataloger of Arabic books for six years, my heart sprung and I excitedly began looking through the content of each book. The genres of the books were quite diverse: Qur’ans, psalms, prayer books, literary criticisms, Islamic law books, mystic books, and books of advice. Due to the number of books, we will split these blog posts into a two-part series, including pictures and location information.

By far, one of the most interesting books I came across was this sand-divination book written in Ottoman Turkish in 1591. The author is only identified as M. M. M. due to the practice of leaving only initials, rather than full names, in older Ottoman books. This work is a brief treatise on the art of sand divination and geomancy (ʻilm al-raml), both of which are studies explaining the healing power of sand. According to its author, the original text was in Greek; this is a condensed version which was translated into Ottoman Turkish so as to make it easier to read. The author also added to the book, which consists of an introduction, three chapters, and an epilogue. It is bound in a contemporary goatskin binding with embossed architectural patterns in the center and corner of the covers. (Pre-1650 MS 0253) 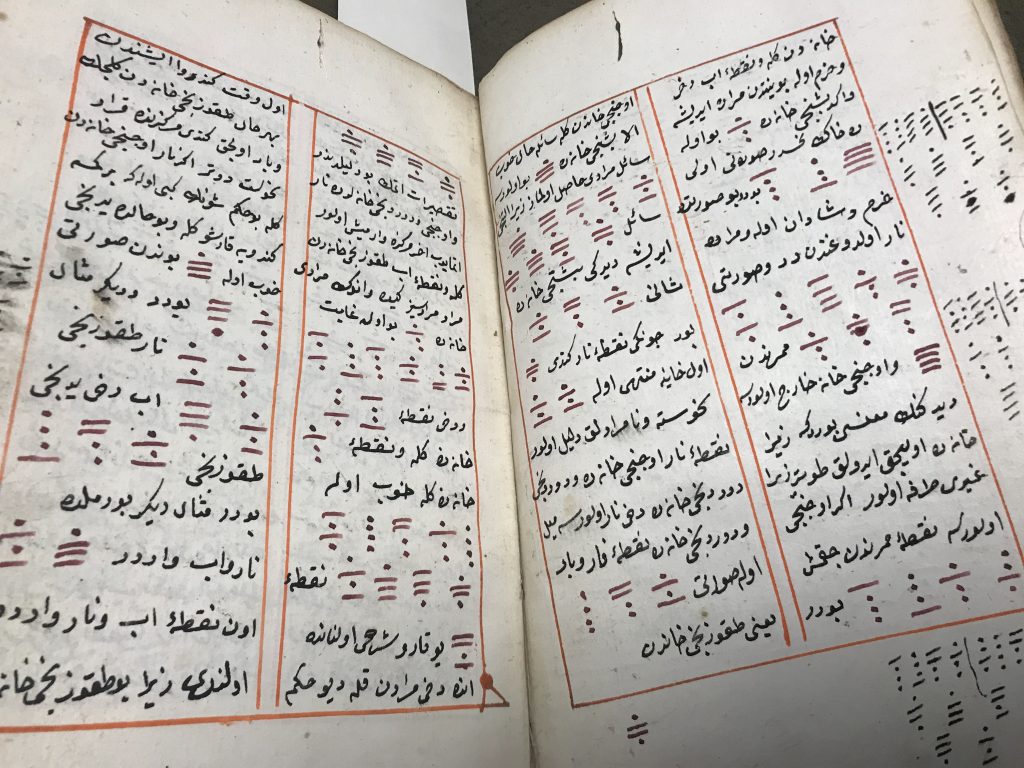 The first book I cataloged was a mid- to late-19th-century manuscript copy of al-Sahifah al-Kamilah al-Sajjadiyah, a prayer book attributed to Zayn al-’Abidin, the great-grandchild of the Prophet Muhammad. This work is primarily a book of Shi’ite supplications with some later marginal commentary added by the scribe. It is the oldest manual of supplications in Shi’ite Islamic sources, and one of the seminal works of Shi’ite Islamic spirituality. This text contributes significantly to the understanding of Shi’ite Islamic spirituality and the Shi’ite Muslim’s standing in relation to God and the community, not only in the early period, but, given the widespread use of the Sahifah as a devotional guide, up to the present day. The manuscript at RBML has a binding inset with colorful textile panels and a leather border as well as illuminated pages. (Call No.: Post-1650 MS 0748) 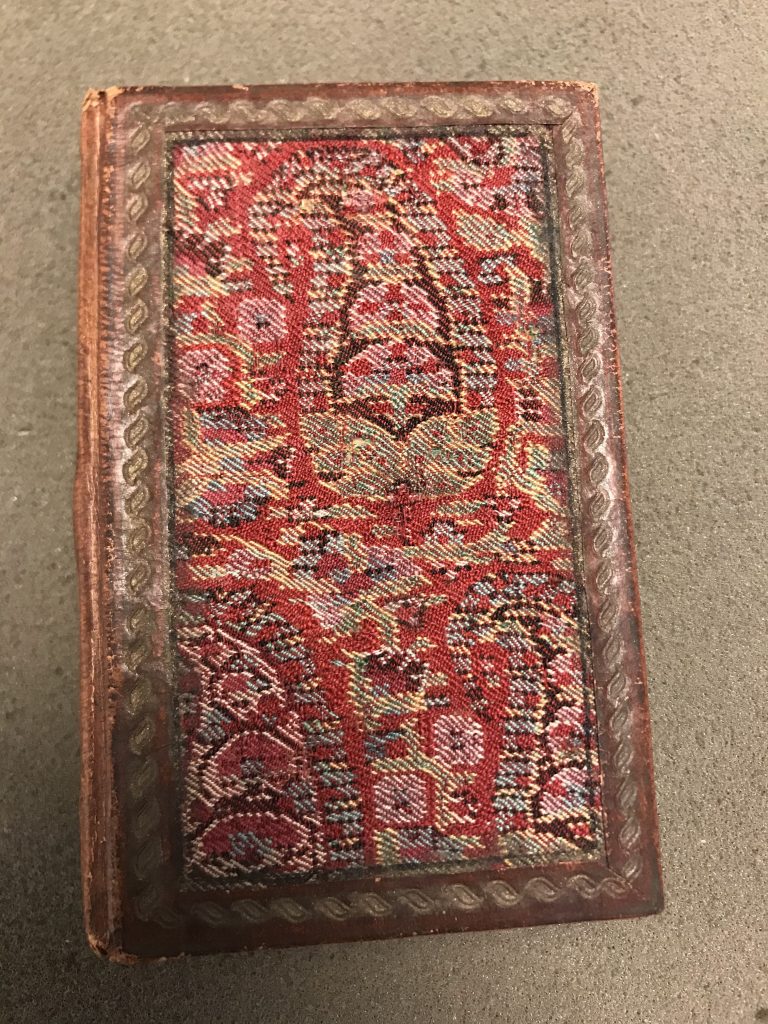 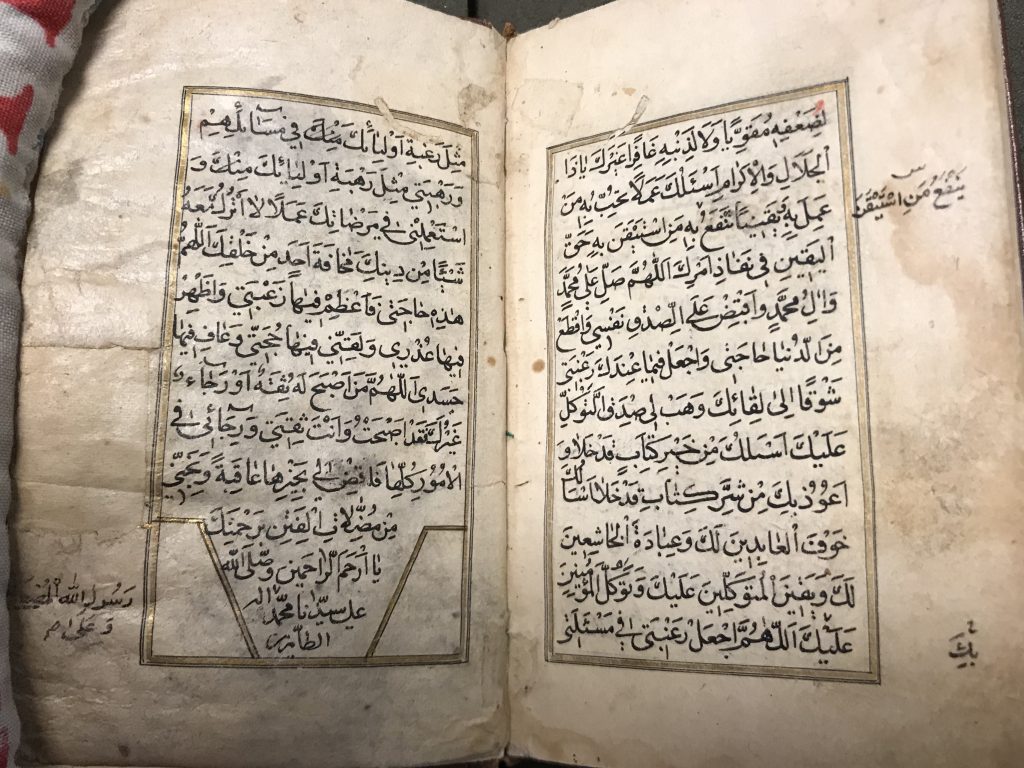 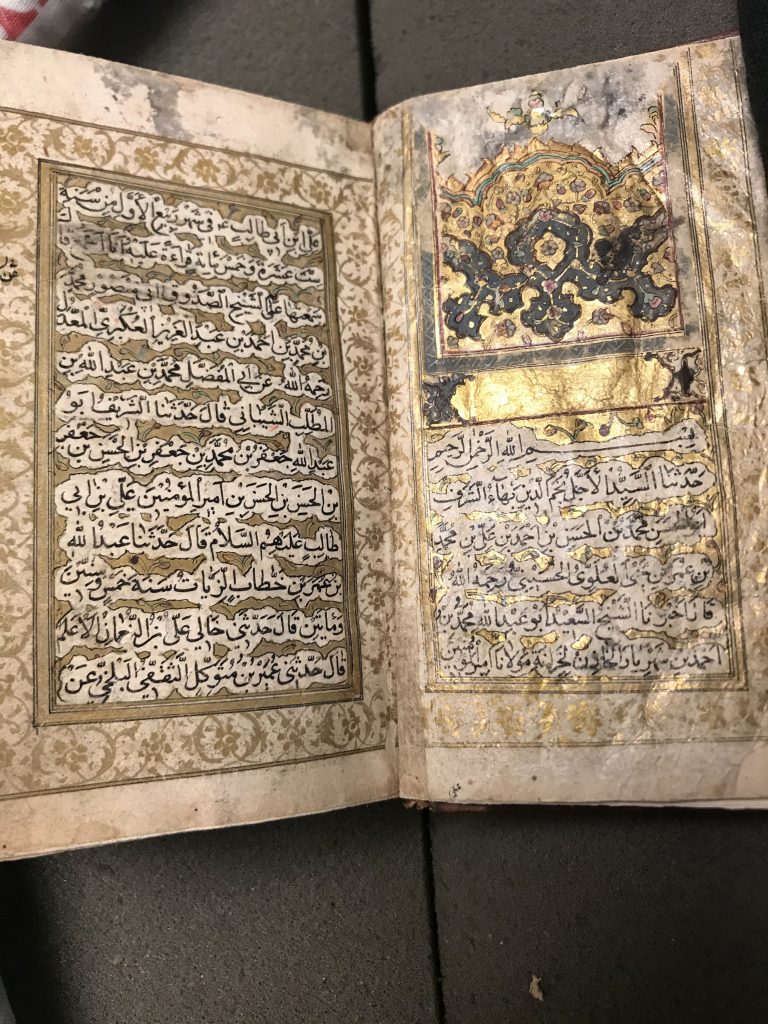 The next book I cataloged was a 19th-century manuscript copy of Muhammad ibn Sulayman al-Jazuli’s Dalail al-Khayrat, written in Maghrebi script ( script originating in the western part of the Ottoman Empire, characterized by its cursive curls at the ends of letters). This work is a Muslim supplication book which informs the Muslim believer of the importance of sending prayers and blessings upon the Prophet Muhammad. It also includes hundreds of prayers that a believer should say to send blessings upon the prophets. As is typical of the Maghrebi script, the words are written in red and brown ink with illustrations dividing chapters. (Call No. Post-1650 MS 0749) 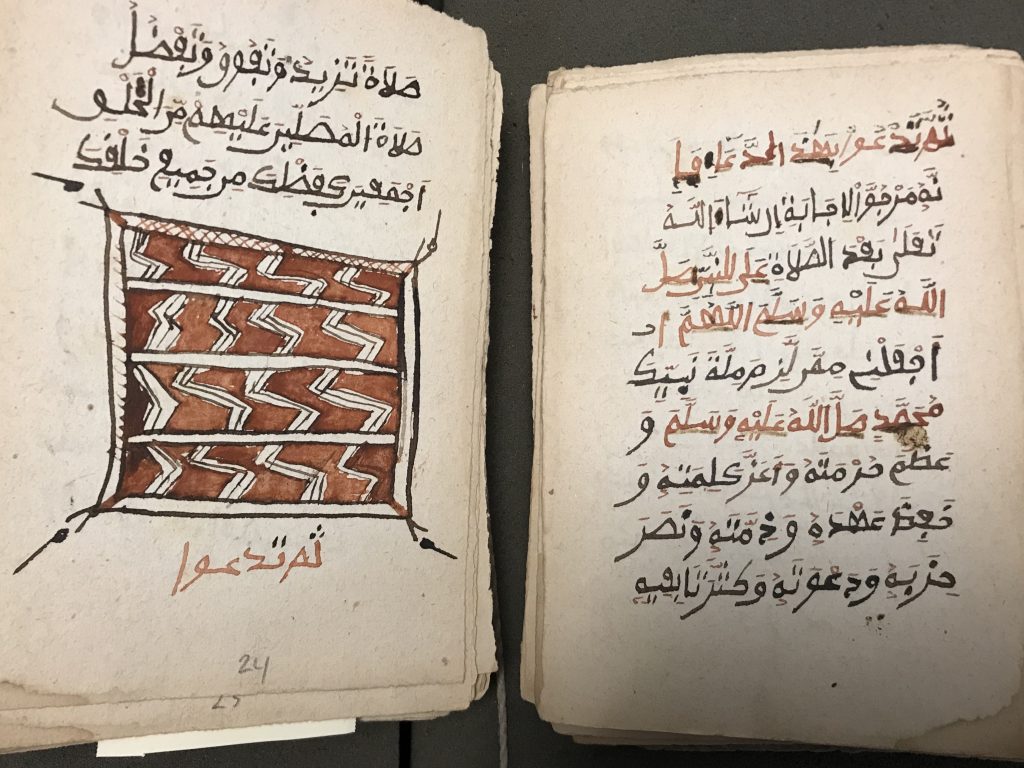 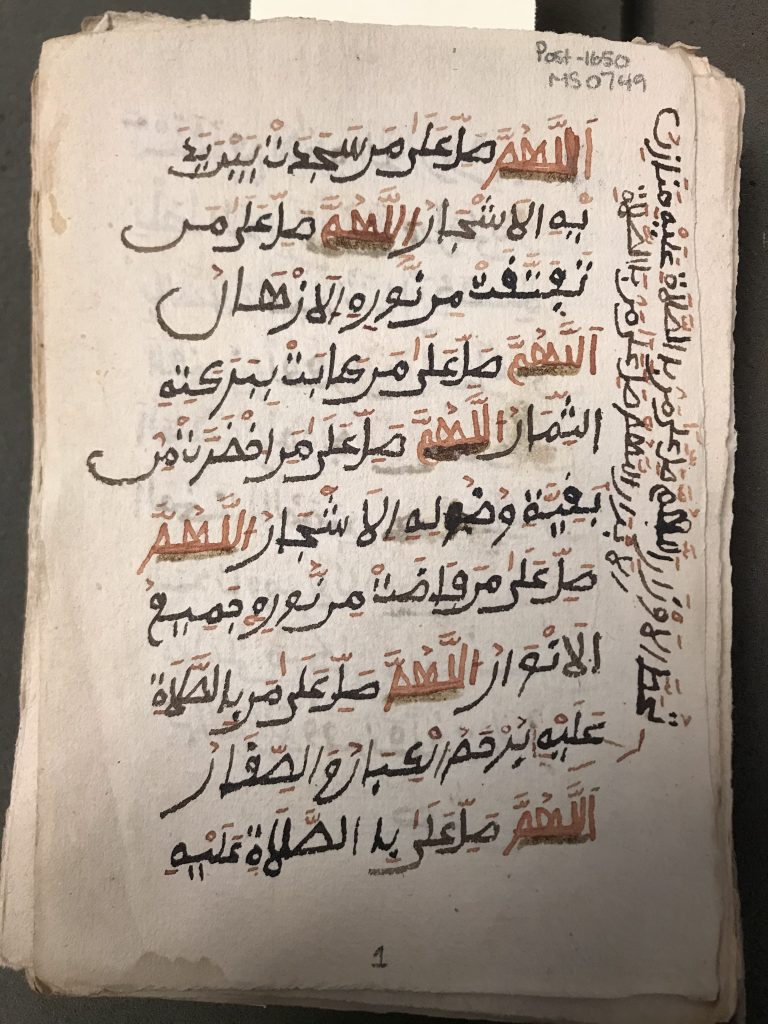 Stick with us for our next blog post uncovering Sufi mystic texts, prayer books, and literary criticism.

Updated on December 2, 2021 by Ruthann Mowry

2 thoughts on “Adventures in Cataloging: Arabic Manuscripts at RBML”