Some of the content of this dictionary is not religious, but the work does include ancient gods. It is on ancient belief, including Baba-Yaga, various animals and giants. The articles are short and do not contain citations, but there is a 33-item bibliography at the end.

Although this dictionary does not confine itself to ancient religious belief, its religious content is mostly of a mythological nature. Topics range from the Antichrist to Baba-Yaga to vampires. For concepts related to the Bible, such as the Antichrist, the dictionary tells where they appear in the Bible. Articles range from 1 paragraph to 58 pages. Abbreviated citations are included within articles, and full citations appear in a list of abbreviations at the end. There is an index of all names with see references. 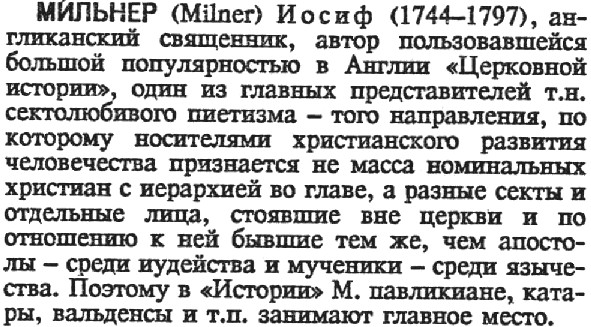 Due to the scarcity of reliable sources of religious information available in the Soviet Union, the compilers decided to reprint pertinent articles from Russian, scholarly pre-revolutionary encyclopedias to make some information available immediately until they can compile a new, scholarly religious encyclopedia which will be years in the making. This encyclopedia was put together using articles from Brokhaus’ Entsiklopedicheskii slovar’, Novyi entsiklopedicheskii slovar’, and Pravoslavnaia bogoslovskaia entsiklopediia. It covers all branches of Christianity and includes topics such as liturgy, hagiography, Bible, and history. Some articles on people list their works at the end; other articles occasionally include bibliographies. Articles are signed by the scholars who wrote them. There is a long bibliography at the end organized by topic, in addition to other supplementary materials. The work includes a list of periodicals in Russian, calendars, and a list of saints.

Christianity in the Soviet Union: an annotated bibliography and list of articles — works in English

This bibliography deals with all branches of Christianity in the Soviet Union from 1917 to 1962. Most of the works cited are from the West, although some are Soviet. Books and pamphlets are listed separately from articles, and only the former are annotated. The annotations are editorialized with comments such as “dismal” or “interesting.” Polemics are a separate topic from informative works. A list of publications cited is included at the end.

Jews are the one religious group that seems to be fairly well covered during the Soviet era. Due to the international attention and the large number of émigrés, several bibliographies were published in English about Soviet Jews. Scholars should be aware, however, that much of the writing on Jews is not religious and focuses on Jews as an ethnic group. For some reason, many of the bibliographies on Jews cover narrow time ranges. They are listed here in chronological order by period covered, and together they cover the whole Soviet period.

Taking as their starting point articles from Funk and Wagnall’s Jewish Encyclopedia, the editors of this work supplemented the encyclopedia with articles on the history of Jews in Russia, Lithuania, and Poland. This 16-volume set covers biblical and historical figures, religious philosophy, Talmud, history, songs, and holidays. Secular rulers of Eastern European countries are also included. Articles have bibliographies, but the citations are mostly in German. There is a list of abbreviations at the beginning of the first volume. Volume 16 contains a detailed index to all of the other volumes. The following link will show you an entry on the month of Tishrei. 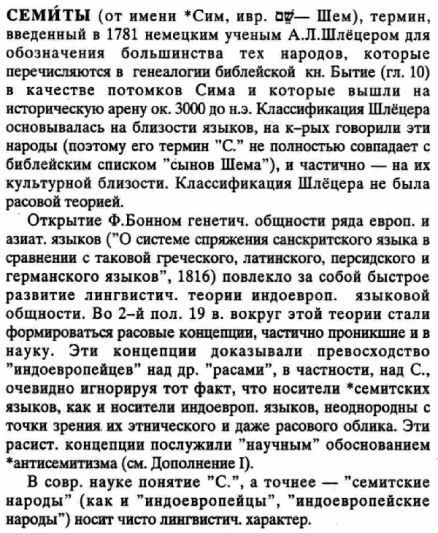 This is not as complete as the previous encyclopedia but could be useful because it is more recent. It includes biblical figures, many geographical locations (describing the Jewish population there), prayers, and organizations. Many entries are Hebrew words transliterated into Russian, followed by Hebrew spelling and Russian translation. The articles don’t have bibliographies. 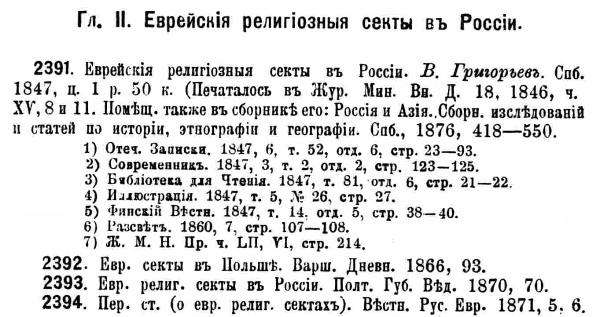 This reprint of a 1893 bibliography covers books and articles on a wide range of subjects. There is a section on religion, and the section on internal life includes a part on the rabbinate. Other subjects include history, ethnography, economic situation, and the state’s relation to Jews. The table of contents includes many other countries, both European and Asian, but is mainly on Russia. There is an index of authors and subjects but unfortunately no list of abbreviations.

Russian publications on Jews and Judaism in the Soviet Union, 1917-1967: a bibliography 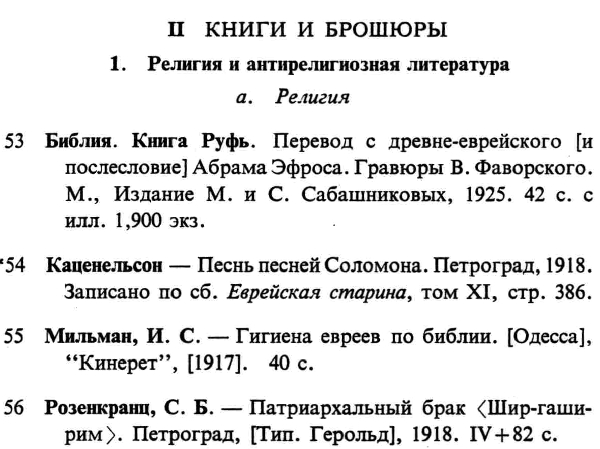 The introduction to this bibliography gives a historical overview of Jews in the Soviet Union. The table of contents is in English and divides into 9 subjects. Most citations are for books, including 52 bibliographies. There is an index of authors and titles of anonymous works.

Jews in the Soviet Union: an annotated bibliography

This bibliography includes books, journal articles, journals, and pamphlets from 1967-1974, mostly published in the U.S. Topics includes Soviet defense of the situation of Jews, personal accounts, emigration. Citations are divided by format and are alphabetical by title within section. Fluk gives short annotations and an index with authors, proper names, and a few subjects.

Almost all the works cited in this bibliography are in English and many were published in the U.S. The small section on 1917-1970 includes many autobiographies. The following, larger section on 1970-1981 mixes bibliography, collected works, and fiction. Topics include life in Soviet Union, government policy, and resettlement. Annotations are brief but clear. There is an index of subject, title, and author mixed together.

Although Islam is the second largest religion in the former Soviet Union, little has been written on Islam that focuses on its practice in Russia or the Soviet Union. Rubakin’s Sredi knig has a section on Islam that mostly consists of works in translation and lives of Mohammed. The Academy of Sciences bibliography on religion includes a section on Islam as well. At least half of the entries are about Islam in Central Asia, and a few are about Russia. Steeves’ encyclopedia, The modern encyclopedia of religions in Russia and Eurasia, looks like it could be useful after the appropriate volume is published. There are some books in the U of I Library under the following subject headings: 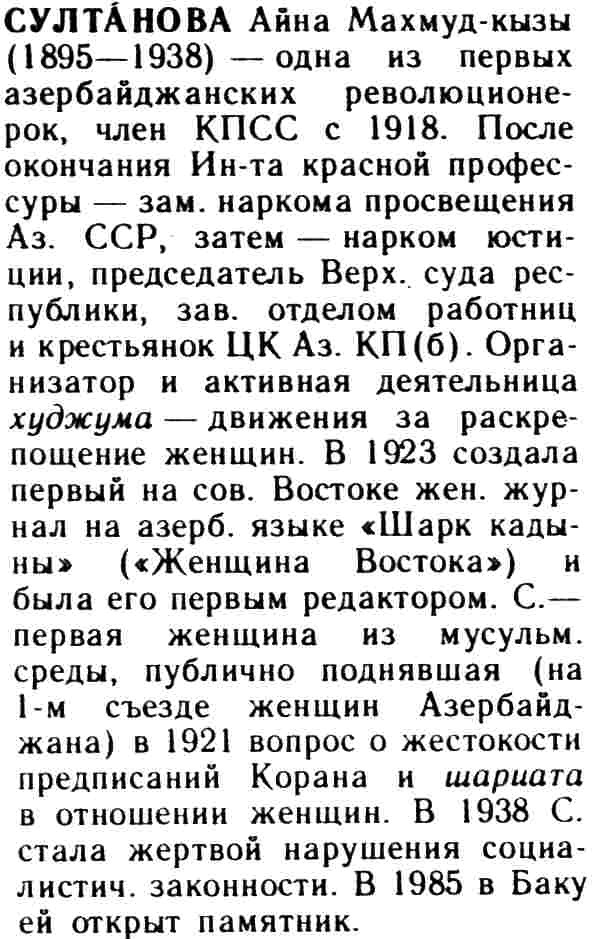 Of the same series as Pravoslavie: slovar’ ateista , this work is also intended as propaganda. Although it does not describe itself as focusing on the USSR, it does address Soviet organizations and acts related to religion. Several writers and political figures from Soviet republics are also included. The entry for Aina Sultanova is shown on the right. The dictionary also covers Islam more generally, explaining moral, religious, and Biblical topics. Articles are short and include cross-references. There is a list of abbreviations at the end, but no bibliography.

This rather incomplete encyclopedia dictionary is the first in a set that is intended to be several volumes. Rather than organizing the set alphabetically, each volume will include the whole range of the alphabet. Eventually all the volumes will be combined into one, making the dictionary into only one run-through of the alphabet. The current volume has 87 entries on Muslim scholars, mosques, geographic places, and history. Many entries are Arabic words in Cyrillic, with translations in parenthesis. Coverage is unpredictable, for example Bashkortostan is included but not Tatarstan. Articles have bibliographies. The many indices are unfortunately a little confusing. The index of geographic names and of ethnic groups tells what entries mention them each name, but does not give page numbers for those entries. Other indices are names, religious institutions, essays mentioned, terms, subjects. There is also a list of abbreviations. See an entry on Karavan-Sarai on this page.

Muslims of the Soviet Empire: A Guide

This work is well organized and provides information on all Muslim peoples in what was then the USSR. The first section has chapters on the history of Islam in the Soviet lands from 600 to 1928 and deals with demographics and religious practice in general. The second section is arranged by ethnic group, covering peoples from Central Asia, the Caucasus, and European Russia. For each group, the authors give data on demographics, assimilation, religious practice and organizations. The time span covered is narrow, as the authors are mainly concerned with their own time period. A bibliography at the end lists works in Islam in general, Islam in the USSR and Central Asia, and specific groups of people. Most citations are from the 1970s and 1980s, but a few are older. There is also an index and short glossary. The beginning of the bibliography is shown below.

This index is a continuation of Quarterly Index Islamicus, and together the indexes cover the years 1665 to the present. They include works in European languages on Islam and the lives of Muslims, including books, articles and book chapters. The list of periodicals indexed includes a few Russian titles, and issues since 1993 have a subject index with many citations under “Russia.” Since 1993, the index is published yearly in a single volume, which has name and subject indexes.