Our collection includes access to a large number of newspapers and magazines from all over the region through portals such as Latin American Newstand, Lexis-Nexis Academic Universe, Access World News, PressDisplay, and others. Digital access to resources and material from and about the region has become an integral part of the collection. We are subscribed to all the major databases for academic journal resources including: the Hispanic American Periodical Index (HAPI), Handbook of Latin American Studies, Oxford Bibliographies: Latin America, and also EBSCO, Infotrac, JSTOR, and a host of other disciplinary databases. We are also members of LAMP (formerly the Latin American Microfilm Project) of the Center for Research Libraries, which gives us acces 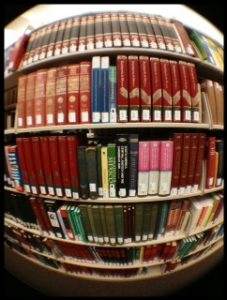 For the most part of the last century’s worth of acquirement, including numerous purchasing trips to the region, an aggressive and comprehensive amassing program has made the content of the collection robust in most of the forty countries in Latin America and the Caribbean. However, traditional strengths have been Brazil and the Andes (especially Peru and Ecuador), Mexico, Moseoamerica, Colombia, Venezuela, Chile, and recently Central America and the Caribbean. The collection is more than equipped to support teaching, studying, and research in most disciplines, but special disciplinary strengths are the social sciences, the humanities, languages and literature. Our material in the Andean language of Quechua is particularly strong.

Physically, the majority of the collection resides in the Stacks of the Main Library. However, due to the large number of volumes, newer books are being sent to our mass storage facility in Oak Street. The collection is also shared among the different library and university units on campus. Our excellent  History, Philosophy, and Newspaper Library has a collection of the recent English language scholarship about Latin America, and a very important collection of our historical newspapers covering most of the region since the nineteenth century. Our impressive Maps and Geography Library holds more than 32,000 historic and current Latin American maps, and also atlases, aerial photographs, books and journals from cartography to global positioning systems (GPS). Our prestigious Music and Performing Arts Library holds academic material from and about Latin America in music, dance, and theater. From multi-format recordings to scores that include 47 Havana music sheet from the 1960s. Our University Archives houses material of great significance to Latin American and Caribbean Studies, including the papers of eminent cultural anthropologist Julian Steward and his research in Puerto Rico, Mexico, and South America. The Archives also holds the papers and field notes of anthropologist Oscar Lewis and his research in Puerto Rico and Mexico. Another important research unit on campus is our distinguished Rare Book and Manuscript Library , which has multiple unique and invaluable materials, among them the 300 letters to and from Don Diego José Carrillo de Albornoz y Bravo de Lagunas, Conde de Montemar (1761-1799), between him and his family, crisscrossing the Atlantic: Lima-Trillo-Madrid. In 2013, we have begun an aggressive collection of political and cultural posters and serigraphs from Latin America and the Caribbean.

Our Past and Present

Our extraordinary collection of volumes and resources has been achieved through more than a century of Bibliographers’ work. It began with Prof. William Spencer Robertson, who became the University’s first professor of Latin American History in 1909. In those years the role of library material acquisition (bibliographer) relied in the hands of the teaching faculty, and it was Prof. Robertson who began building the collection until his retirement in 1941. His private collection, donated to the library in 1953, greatly enhanced the collection and includes his personal manuscripts, correspondence, illustrations and photographs, newspaper clippings and notes most of it about and from Latin America. Due to the activity and prominence of Prof. Robertson between the 1910s and 1930s, our collection houses much material not collected in other libraries formed after those decades. 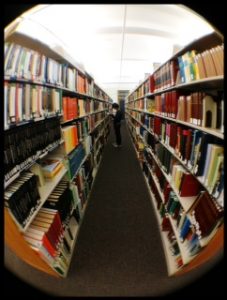 In 1965, the collection went through another phase in its development when a Latin American Studies Librarian was created. Professor and Librarian Carl Deal also held the Associate Director position in the recently created Center for Latin American and Caribbean Studies , forming a strong coalition that made Illinois at attractive place to study Latin America. In 1983, led by Professor Nelly González, a Latin American Studies Library was created, which solidified its presence on campus and honed the efforts of collaboration with different U.S. and Latin American educational institutions. After a brief interim period under the leadership of Dr. Paula Carns (2009-2012), in 2012, the position of Latin America and Caribbean Studies Librarian resided again in a historian by training, yet interdisciplinary in scope, Dr. Antonio Sotomayor . Professor Sotomayor has an active research agenda that studies the culture and politics of sport and recreation in the Spanish Caribbean. The Latin American and Caribbean Studies Collection and Services now reside within the newly created International and Area Studies Library . At our IAS Library you will find a selection of our academic journals from Latin America and the Caribbean, in addition to some reference material about the region. With ample space for study and work, the reference area is also equipped with multiple computers, various scanners, and microfilm readers. Professor Sotomayor’s office is located in room 337A and welcomes all for research consultation and/or discussion about this fascinating part of the world.