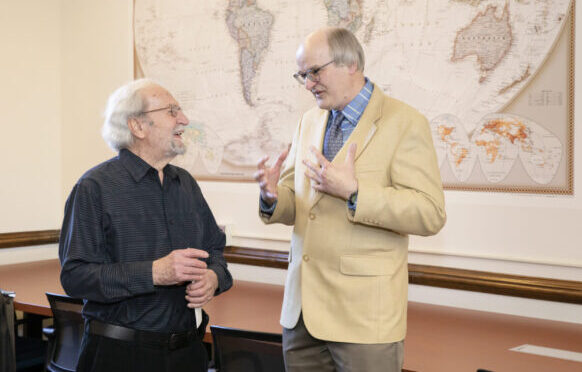 The endowed professorship, offered on a five-year rotating basis, is open to full professors of library administration at the University of Illinois at Urbana-Champaign who are pursuing innovative research in any scholarly area. Sroka has held the post since August 2019.

Sroka earned a master’s degree in English literature at the Jagiellonian University in Kraków, Poland, and went on to study library and information science at Illinois. Since 1996, he has served on the Library faculty, working in various capacities in the Slavic and East European Library; English Library; History, Philosophy, and Newspaper Library; International and Area Studies Library; and Literatures and Languages Library.

The professorship was established through a gift from the estate of former librarian and longtime Library Friend Andrew Turyn, also a native of Poland, whose two degrees from Illinois include a master’s in library and information science. In addition, Turyn’s mother was a professional librarian who worked as a cataloguer on the Urbana campus; his father, a professor of classics, was also a member of the prestigious Center for Advanced Study.