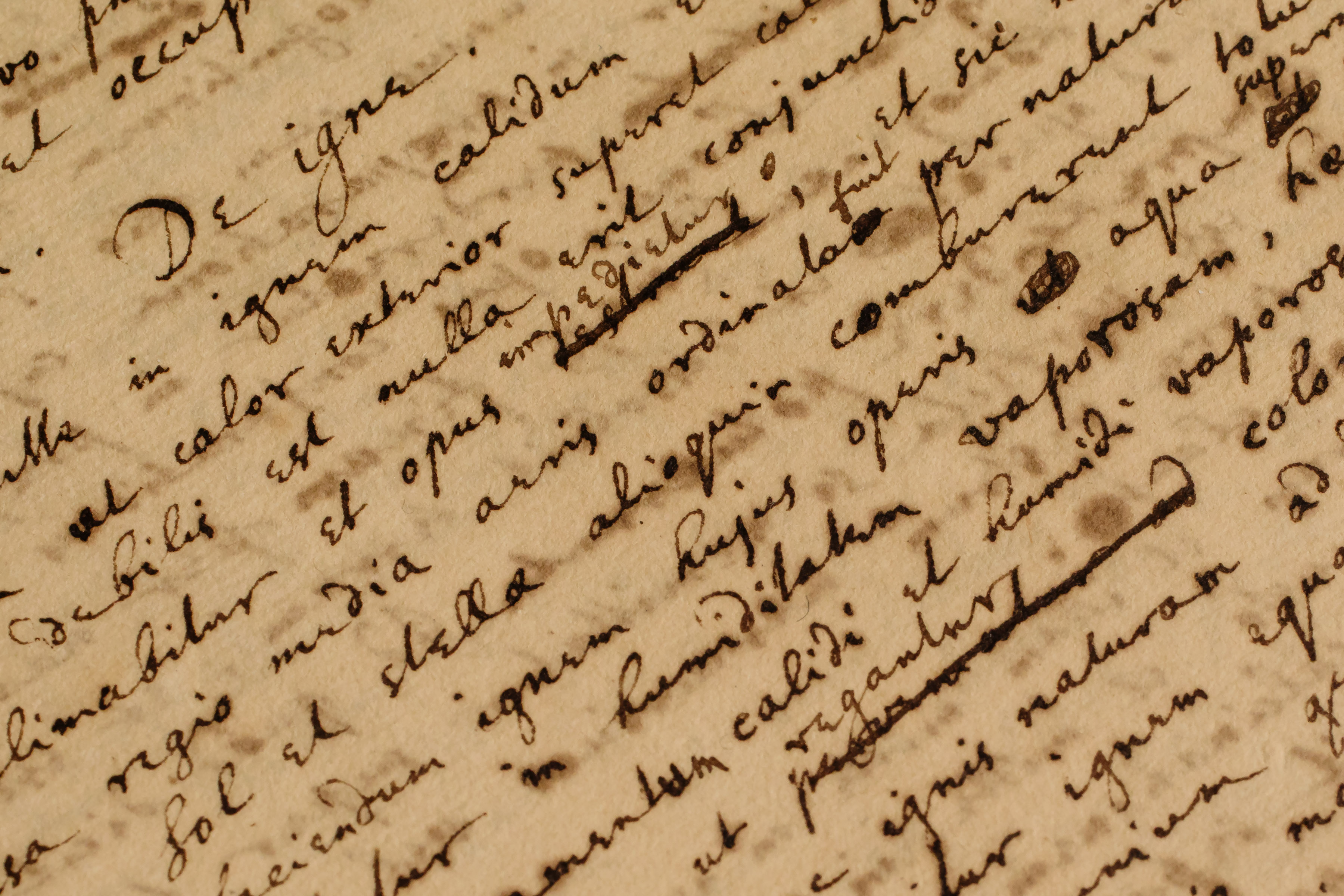 Through the generosity of Library Friends Jim and Lionelle Elsesser of Saint Louis, Missouri, the University Library now holds a treasured manuscript by one of the most influential scientists of all time—Sir Isaac Newton. Opus Galli Anonymi (Work of an Anonymous Frenchman), penned in the 1690s, is Newton’s unpublished Latin translation of French instructions for making the philosopher’s stone, including his own notes. The philosopher’s stone is believed to turn ordinary metals into gold or silver, and legend has it allied with the “elixir of life.”

Bonhams, the auction house which listed the document, described it as “the largest and most substantial scientific manuscript by Newton in private hands.” The description goes on to read: “This outstanding manuscript declares that it reveals ‘The Secret of Secrets,’ and the directions are remarkable for the clarity of instruction.”

The manuscript arrived on campus on April 25, 2018. Lynne M. Thomas, head of the Rare Book & Manuscript Library, had the honor of opening up the wooden crate the manuscript arrived in. The four folded sheets (8 leaves) were impressively packaged, encased in layer upon layer of bubble wrap and foam cushioning.

Scott Koeneman, assistant dean of libraries for advancement, was on hand as Thomas carefully extracted the document. “To find myself linked through time to Sir Isaac Newton by this manuscript was an incredible experience,” he said.

From the news release courtesy of the Illinois News Bureau:

The couple said the University Library was an important factor in their education and careers. Jim Elsesser received degrees in business at the U. of I., and Lionelle Elsesser received hers in library and information sciences.

“The Library is one of the jewels in the crown for the university,” said Lionelle Elsesser. “When you are in school, you kind of take it for granted. It’s when you leave – for us, anyway – you realize, ‘Wow, that was some library.’ It’s really magnificent.”

The Elsessers made a $500,000 donation to the Rare Book and Manuscript Library to be used for materials for special collections. The library has not yet determined what to acquire with the remaining amount of the donation. Thomas said the Elsesser’s donation allowed the RBML to consider items that are not usually within its price range to acquire.

“It’s fantastic to have the freedom to leap on this wonderful thing and get it for the collection,” Thomas said. “It’s both wonderful and daunting simultaneously, because you want to do right by the donors and make sure they’re happy with the choice we’ve made, and you want to get something that’s a good, strong addition to the collection and makes sense in the context of what we do.”

“We are deeply grateful to the Elsessers for their gift,” she said. “They made it possible for us to return an important scientific document to the public domain. They have benefited the public through their generosity.”