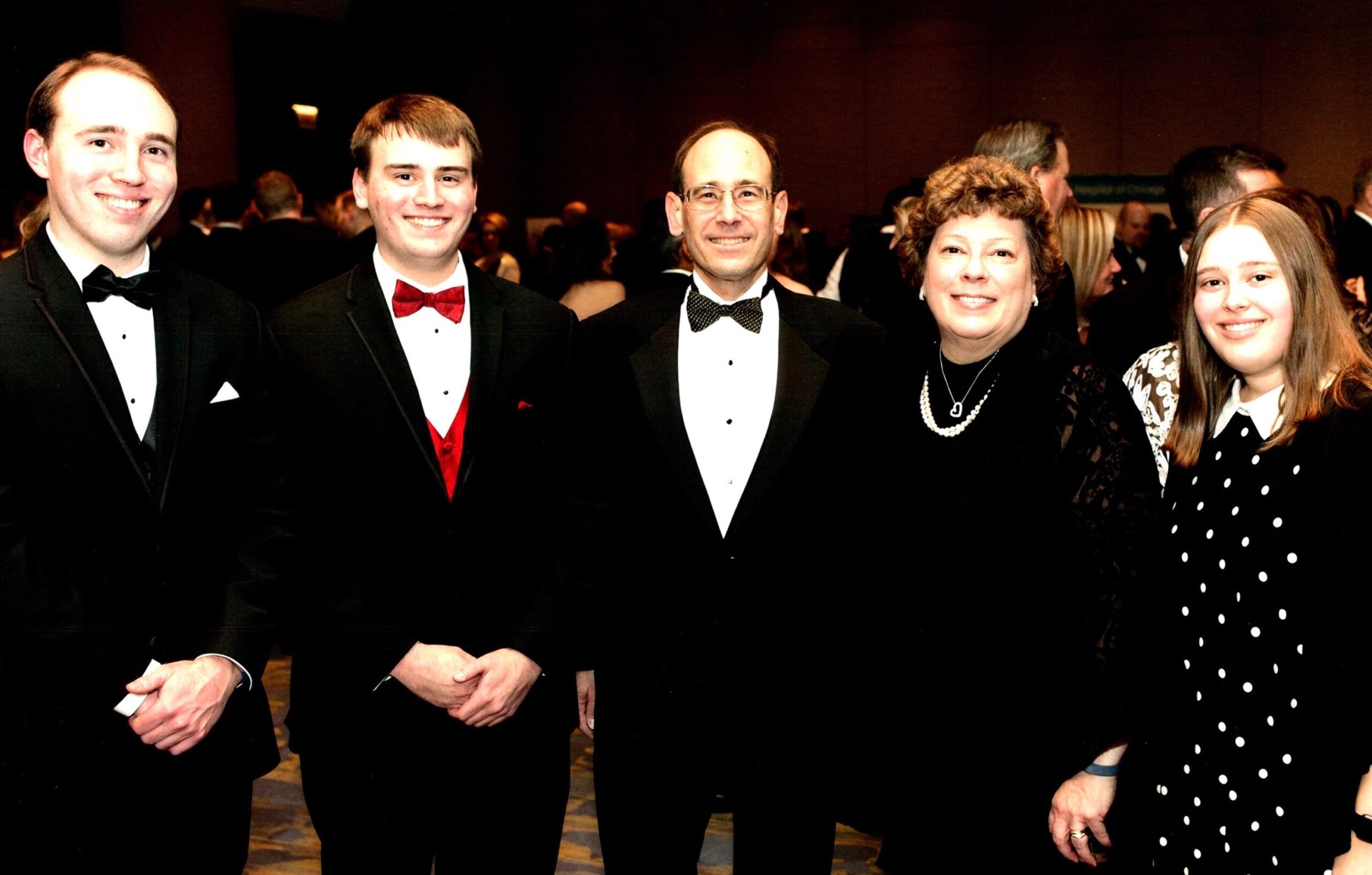 When Steve and Megan Shebik peer into their vision for the future, they see a modern library for students and faculty, a renovated space capped by a jewel-box top that would anchor the area just south of the University of Illinois Quad. The literally transparent environs of the newly renovated buildings would beckon students and passers-by, encouraging them to examine the Library’s treasures, take advantage of easy access to scholarship and collaboration, and revel in a setting that focuses that part of campus.

Just as the Bardeen Quad and other changes revitalized the north end of the campus, so too do the Shebiks see the Library’s building project as a major game changer for the south.

And with that belief, the couple pledged $2.5 million to help launch the library building project. [For further details on the project’s progress, see First of Four Phases Gets Committee’s OK.]

“We will begin in earnest,” said Dean John Wilkin, “that effort to do what we have planned to do for decades”—an effort that transforms the Undergraduate Library into a special collections space, incorporates undergraduates into the broader educational environment of the university, and creates a research hub within repurposed sections of the Main Stacks for collaborative efforts among the humanities and social sciences.

“I think what impresses us most about the plan,” said Megan, “is how far it is looking to the future.”

The Shebiks’ love for and connections to the University of Illinois run wide and deep. The first Illini in the family was Steve’s mother, the late Phyllis Shebik, who graduated in education in 1938. Following her were Steve ’78 BUS, ’78 BUS; Megan ’80 LAS; and their children—Brian ’16 BUS, ’16 LAS; Matthew ’18 LAS; and Sarah ’19 LAS. The family’s various fields of study include economics, finance, accounting, and psychology.

As an undergraduate, Steve was a well-known fixture in the Undergraduate Library. Classmates and friends knew exactly where to find him, ensconced each day in the same seat in the lower level of the Undergraduate Library. “I studied a lot,” the Bronze Tablet recipient recalled, “and the library was the perfect place.” But he wasn’t always hitting the books. “I love history,” Steve said, and to help his mother with her passion for genealogy, “I would spend several hours every month in the Newspaper Library, tracking down our and other families’ ancestors,” a pastime that opened Steve’s eyes as to the vast resources the Library had to offer.

Although their years at Illinois overlapped, Megan and Steve did not meet until after graduation, when both were forging careers in the insurance industry. And over time, “we have increasingly realized the importance of the Library and all that it provides to the students and to the community,” said Megan, who serves as vice-chair of the Library Board of Advocates.

The forward-looking nature of the renovation, as well as the collaboration and accessibility that renovation will afford faculty and students, is especially appealing.

“The whole idea of bringing people together in the research hub from various schools that have never had a way to easily interact is tremendous,” Steve said of the interdisciplinary areas planned for the humanities and social sciences.

Scholarship on the south end of campus will be enhanced further by a complementary $2.5 million gift the Shebiks are making to the Gies College of Business. Plans are to construct a shared instructional facility offering additional opportunities for faculty and students with larger classrooms, more offices, and added production studios.

As for the Library, technological aspects such as digitization are important, but being able to touch and see the breadth of the Library’s resources captivates as well. That will be much easier to do with the exhibit and work areas planned for the Special Collections building.

“We’ve been really pleased with the plans we’ve seen,” Megan said. The transformation of the Library into “the versatile space needed for the future is wonderful.”

“The Library has to change for the 2020s and beyond,” Steve said. “And bringing people together in the same location, to collaborate, study and create, I believe, is vital.”

I think what impresses us most about the plan is how far it is looking to the future.” ~Megan Shebik